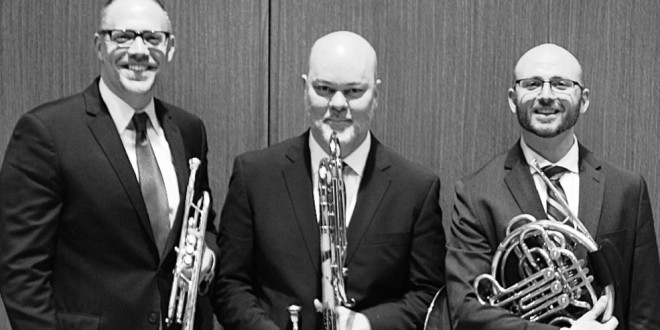 The Jacksonville University Division of Music will host a concert by members of the Cleveland Orchestra at 7:30 p.m. Tuesday, March 31, in Terry Concert Hall on the JU campus. The concert is free and the public is invited. The concert is jointly sponsored by these local institutions: Jacksonville University, the University of North Florida Department of Music, Florida State College at Jacksonville, Douglas Anderson School of the Arts and Body & Soul The Art of Healing Inc.

The Factory Seconds have performed at numerous educational and community outreach programs, traveled regionally and nationally as ambassadors for the Baldwin Wallace Conservatory, commissioned new works for brass trio, and have begun recording some of their repertoire.

A keen interest for the group is in finding not only new music, but also new performance situations and audiences. Factory Seconds seeks to identify and perform music of our time, and has commissioned and premiered works of promising young composers, including Clint Needham, Robert Pound, and Matthew Barbier. For 2015-16, the trio plans to continue to perform in both traditional and unexpected venues in and around Cleveland, Ohio, including concerts at Baldwin Wallace and the Western Reserve, as well as concerts and master classes in Florida and Pennsylvania.