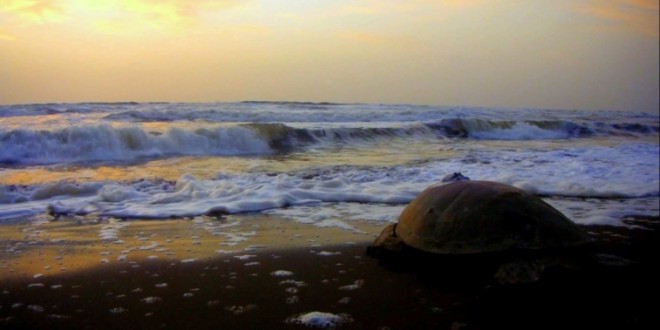 Alumnus Lucas Meers, ‘12, is on a two and a half month journey with the Sea Turtle Conservancy’s field station in Tortuguero, Costa Rica; known as the birthplace of sea turtle conservation. Meers is one of only seven research assistants who were selected from around the world (Ireland, UK, Chile, Sri Lanka, Spain and USA) to continue the same research and data collection that started with conservation biologist Archie Carr back in 1959.

Carr visited the Costa Rican beach in the 1950s and realized it was the largest rookery (nesting beach) for green turtles in world. When Carr discovered a lot of unsustainable poaching of turtles on these beaches he sought out to change the vision of turtles within the community by turning to research and conservation funded by tourism; from there he founded the Sea Turtle Conservancy (STC).

Meers arrived in San Jose, Costa Rica, on May 31 from Orlando and was greeted with calls of parrots and his journey began. Living dorm-style for the first time since college but this time with no A/C and with five roommates; Meers has always had a passion for animals and now he is living beside many different species. 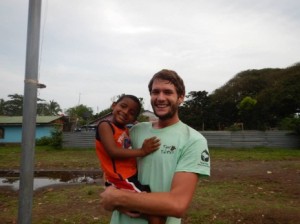 “You get used to the bugs. Costa Rica has incredible biodiversity and insects are no different,” he said. “I discover new invertebrates each day, and ants are everywhere – on the walls, in light sockets, bathrooms, kitchens, bedrooms, trees and ground. They are everywhere you look. When I explore the station, I always cross paths with leaf cutter ants. They are remarkable creatures that carry leaves many times their size.”

Training began on day one and lasted about two weeks. Each day the team learned about the specific protocols on the different species of turtles and what to do on each walk. They learned the stages of turtle nesting, how to deal with poachers, tourists and turtle guides and the specific measures on tagging turtles and trailing turtle tracks and eggs.

“We patrol a 5 mile section of beach in the evenings searching for nesting turtles. When found, we check for numbered tags if they have nested previously,” Meers said. “If they don’t have tags, we apply new ones and take measurements on their carapace.”

His team is also responsible for counting the eggs laid and marking the nest for further monitoring until the hatchlings emerge around 60 days later. The team patrols the beach every morning following the turtle’s tracks from the night before revealing how many turtles came onto the beach while checking each nest that was previously marked to be sure the nests weren’t interrupted by poachers. It’s important for the team to know how often poaching happens to help to prevent it in the future.

In addition to collecting data on the turtles, Lucas and the team play a large role in the community through teaching environmental education within the schools. 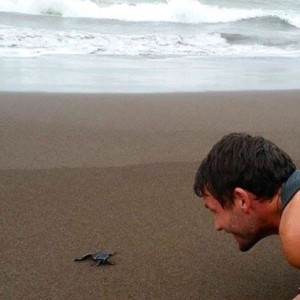 art has been the insane biodiversity of this place. Every day there is something new to encounter. Whether it’s finding a basilisk lizard in my bathroom or passing under a sloth in a tree, there is never a dull moment,” Meers said. “The other research assistants are great and share the same passion for conservation as I do. It’s a fun group of people to work with, and we keep each other sane.”

Over the course of 55 years, Sea Turtle Conservancy’s research programs have yielded much of what is now known about sea turtles and the threats they face, and the organization is applying this knowledge to carry out the world’s most successful sea turtle protection and recovery programs. Lucas returns to Florida on August 19, 2014.