Home » All Sections » Big business, experiential learning and the evolution of the Disney Princess

Big business, experiential learning and the evolution of the Disney Princess 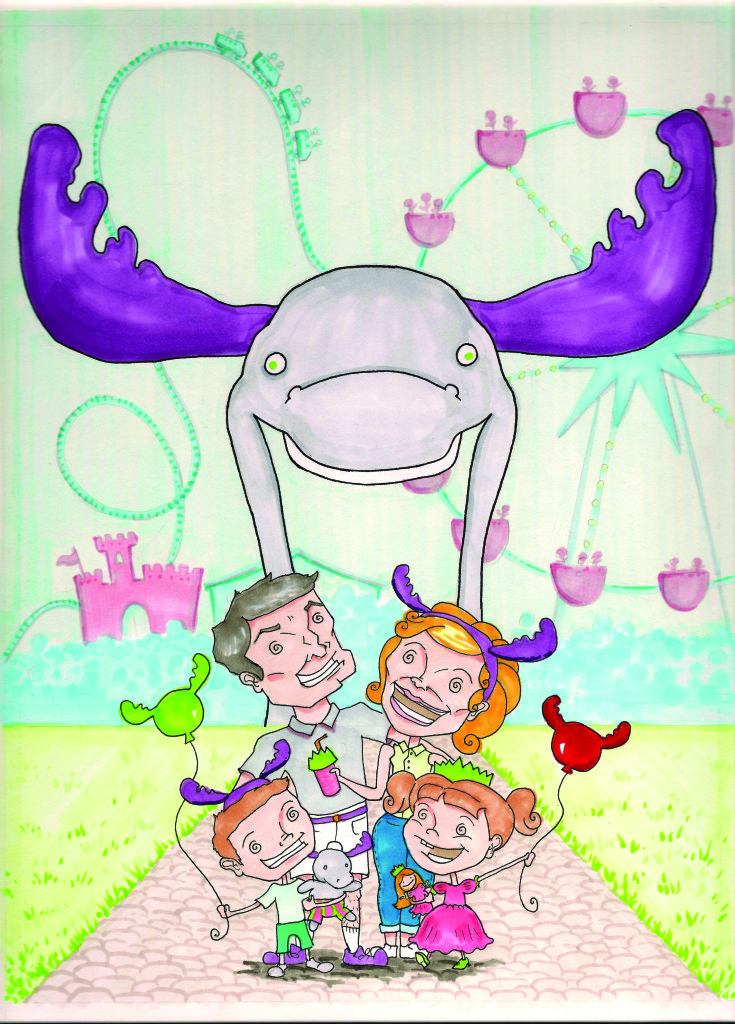 The 16 Jacksonville University students in matching Cinderella Castle t-shirts sat on a charter bus in the heart of Orlando and waited for their cue to depart. For six weeks they had prepared for this moment.

In each of their hands they held an envelope. Sealed shut with a simple sticker – the plain black symbol of an iconic mouse – it contained instructions to guide them through a “magical” final exam inside a place of childhood fantasies and family vacations: Walt Disney World Resort’s Magic Kingdom.

The trip was a capstone to this summer’s “Sociology of Disney” course, taught by Assistant Professor of Sociology Heather Downs. A cultural study of the Disney corporation and its impact on American and global society, the course examines the reach and social significance of the media giant.

“You can’t be a little kid in our culture and not be exposed to Disney,” Downs said. “Everyone has at least one Disney memory, if not multiple. So it’s a really great platform to jump off of to talk about sociological things like race in the movies [and] gender in the movies.

Walt Disney Co. was founded in 1923. The second-largest media conglomerate in the world, it owns a string of major media outlets, including ESPN, ABC News, Miramax and Marvel, in addition to its parks and productions. Forbes cited it as a “Most Reputable Company in the World,” tying with Google in 2014.

“That got me really interested in looking at how that corporation acts – the good and the bad because they’re a reflection of our culture,” Downs said.

An example of that reflection can be seen in the evolution of Disney princesses, she said. As Americans began to expect stronger female role models, the protagonists’ personalities and motivations shifted, moving from the damsel-in-distress models of movies such as 1937’s “Snow White,” who sleeps through part of the film waiting to be saved by a prince; to impressionable characters like Ariel in 1989’s “The Little Mermaid,” who gives up her family, voice and home for a man she’s never met; to submissive young women like Belle in 1991’s “Beauty and the Beast,” who remains in an abusive relationship despite imprisonment and starvation; to stronger heroines such as the title character in 1998’s “Mulan,” who defies social gender limitations to save her father’s life; to fully autonomous females like Anna and Elsa in 2013’s “Frozen,” who choose to value the love of family over romance.

While this is the second year the course has been taught, it’s the first time JU students were able to fully immerse themselves in the material with a trip to Disney.

Julia Spears, associate vice provost for engaged learning at Northern Illinois University said courses like Downs that focus on experiential learning – practical experience outside of the classroom – are “what employers are asking for.”

“(Employers) are not only asking for students to come with disciplinary knowledge. What they’re asking students to do is come knowing how to apply it in a real-life situation and setting,” she said.

In the park, students searched for specific examples of topics discussed in the course, including how Disney treats gender, race, childhood, family, patriotism and historical events. They then posted the images on Instagram using #thecriticaldolphin.

For one group of students, playing games while waiting in line for Space Mountain turned into a conversation about synergy. For another, a boat ride through “It’s a Small World” was spent discussing racism and cultural appropriation.

Course readings, with book titles such as “Diversity in Disney Films” and “Good Girls & Wicked Witches,” also provided students with behind-the-scenes knowledge of how the park operates from a business standpoint, from the subtle systems in place for crowd control and security to synergy, methods of increasing sales and keeping visitors in the park longer.

“I was really upset when I walked down Main Street and I knew that I was getting fake smells,” said Erol Atamer, senior geography major. “They were putting the smell into the air to get me to buy food.”

The course’s focus on experienced-based learning is part of a national movement among colleges and universities to more actively involve students in their undergraduate coursework through high-impact practices, or those that are proven markers of success, increasing rates of retention and student engagement.

Spears said embedding engaged learning opportunities into course curriculum is vital, especially in majors that have fewer natural ties to out-of-classroom learning experiences. That ensures all students have access to activities that “bring to life the curriculum in a meaningful way,” she said.

“When students experience something in their own lives, they have a more emotional connection to whatever that is,” Spears said. “We remember what we feel like when we’re doing things and how it impacts our thinking.”

That makes the material stay with them longer, she said. In the case of the JU Sociology of Disney class, the students were able to go beyond just seeing and talking about how the park and entertainment are staged, and actually connect theoretical concepts to real-life pictures in their minds.

“I’m sure 20 years later they’ll remember this class,” Spears said. “When they go to Disney, they’re seeing, with their own eyes, some of the ways that these [social] constructs are alive within the environment around us. I think it’s a pretty powerful experience, particularly with Disney, because they’re so intentional. Everything is planned.”