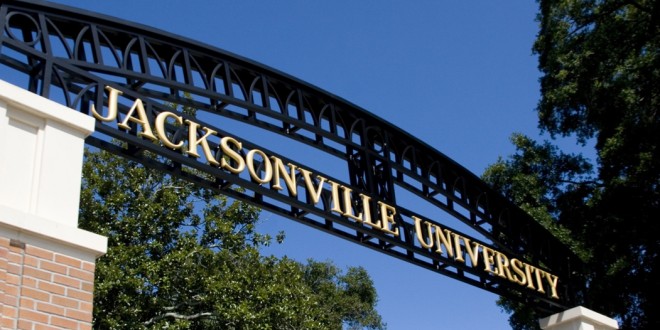 Jacksonville University’s ASPIRE comprehensive campaign has reached a record-breaking $100 million raised toward programs and facilities for its students, including a $2.5 million donation this week from the Bisk Family Foundation, the largest single investment in dedicated online learning in JU’s history, the University announced.

Several recent seven-figure contributions totaling nearly $25 million, including the $2.5 million from the Bisk Family Foundation, $4 million from Brooks Rehabilitation and other investments from individuals and foundations, have created a heightened sense of momentum for the $120 million campaign as it moves forward to accelerate progress and prospects for the future.

“We are grateful for the encouraging support and outstanding rate of contributions in this campaign, and our targeted goal is now only the beginning of our efforts,” said JU President Tim Cost. “Investment is coming not only from our distinguished major partners, but also from a groundswell of support by many of our individual friends and supporters. They believe strongly in the upward trajectory of JU as it provides the highest-quality education for its students.”

“JU has been at the forefront of online learning with Bisk for over 14 years. We will continue this legacy of online learning by bringing innovation and collaboration to the center and by further enhancing the student experience,” said Nathan M. Bisk, founder Bisk Education.

“We are experiencing real excitement across campus and in the larger community about what is going on here at JU, and it’s allowing us to think even bigger than originally planned for new programs and upgraded facilities,” Cost said.

Programs and facilities completed, under way or planned as a result of ASPIRE include:

The Nathan M. Bisk Center for Online Learning. The new online center provides an invaluable addition to Jacksonville University and recognizes the University’s longstanding success in online learning, particularly with the highly regarded online nursing programs offered by the Brooks Rehabilitation College of Healthcare Sciences and powered by Bisk. This new center will enhance a mutual and passionate interest in expanding centralized, online, flexible learning platforms. The center will provide the resources needed for important planned collaborations between the Brooks Rehabilitation College of Healthcare Sciences and the Davis College of Business. These new initiatives are well-positioned in offering key online graduate degrees and certificate programs for professional preparation to enter top healthcare and business industries.

D.B. Milne Field upgrades. Investment in the lacrosse and football stadium includes enhancements such as 2,900 permanent seats and a press box, as well as new restrooms, an improved sound system and concession stands. These improvements have been completed thanks to the generosity of donors including Wayne and Delores Barr Weaver; Gary and Nancy Chartrand; Robert and Margaret Hill; MCC Sports, The W.C. Gentry Family Foundation; and Bill and Eloise Gay. 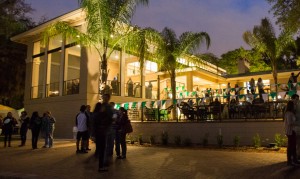 Nelms Plaza outdoor study space/Nimnicht Fitness Center. A recent addition to campus, the $250,000 Nelms Plaza is a collaborative learning and socializing outdoor space with canopies, cabana seating and smartphone recharging stations in a centralized campus location near the Swisher Science building and Brooks Rehabilitation College of Healthcare Sciences. The Nimnicht Fitness Center is the result of a $300,000 investment in an entirely new space featuring brand new fitness equipment and a major overall upgrade to the University’s fitness center overlooking the St. Johns River. 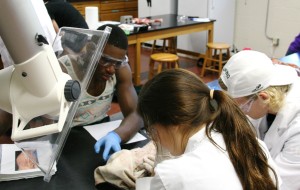 Science and Health Sciences labs. New laboratories have been built, and existing ones refreshed, in the Swisher, Nelms, Reid Medical and Merritt Penticoff academic buildings and the Brooks Rehabilitation College of Healthcare Sciences. The $2.2 million in improvements mean students studying anatomy, biology, chemistry, physics, kinesiology and other science- and health sciences-related subjects have state-of-the-art facilities and equipment to conduct their experiments and observations. In particular, the University’s fast-growing Nursing program in the College of Healthcare Sciences will benefit greatly from the enhancements.

Advancing Scholarships and Academics. Scholarships supported through the ASPIRE Campaign are essential to making JU a viable, attractive choice of exceptional students. Gifts of annual named scholarships are matched equally by Jacksonville University. So far, $16.8 million in named and endowed scholarships has been awarded to break down financial barriers for the best and brightest students, and $17.1 million has been put toward academics and faculty and student research projects.

Financial Vitality. A thriving endowment ensures financial security for JU despite economic variations. ASPIRE’s Financial Vitality pillar supports endowed department chairs, professorships and scholarships. Nothing illustrates how much a community cares about its local university than its endowment. Through ASPIRE, JU’s endowment has risen from $30 million to $45 million. With ASPIRE funds, so far Davis College of Business Dean Dr. Don Capener has been named McGehee Endowed Chair of International Management; Dr. Carol Dole has been named the duPont Chair of Sport Business; Dr. Matrecia S. L. James, Associate Dean and Associate Professor of Management, has been awarded the Robert T. Shircliff Professor of Business Ethics Endowed Chair; and Dr. Robert (Bob) Boylan has been awarded the Endowed Chair of Finance, funded by the late Guy Warren Botts, the former chairman of Barnett Banks Inc.

To learn more about the ASPIRE campaign and become a champion for students who will shape our world, visit www.ju.edu/supportJU or call (904) 256-7045.