It’s a big break and a triumphant comeback all at once for JU alumnus Erik DeCicco.

Triumphant comeback: the 32-year-old Jacksonville native and Stanton College Preparatory School grad has recently moved back to his hometown from New York, along with his wife, Aaron — also raised in the River City — and baby daughter Katalyn, born in August 2014.

DeCicco had his reasons, chief among them to raise a family in his beloved place of birth. But he also couldn’t turn down another chance to give back to Jacksonville University, having been invited by mentor and Theatre Arts Prof. Deborah Jordan to teach an Intro to Theatre class in the JU College of Fine Arts in fall 2015 and Acting next spring.

It’s not too dissimilar an offer from one he accepted from Jordan in 2008 to adjunct a JU Theatre class, just three months after earning a Master of Fine Arts in Acting from the University of Louisville.

“I’m really honored to have the chance to reconnect with the students,” DeCicco said. “I will always have a deep admiration for the unique education I received at JU. Our professors challenged us to be an active part of the decision-making, and as a smaller theater department, we were responsible for set building, lighting, costuming, etc. The whole nine yards. That translates into some serious real-world skills and added marketability.” 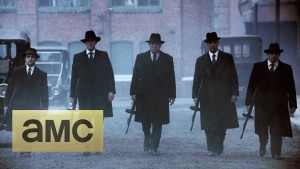 Jordan said JU is fortunate to have DeCicco teaching again in the department.

“He is a gifted performer with an amazing work ethic, and our students respond very positively to his teaching. He is also very sharp and gets the whole show business thing,” she said. “At JU we tailor a program that fits each student’s professional goals, and Erik took advantage of every opportunity we were able to provide, plus more. He never said no to hard work, always stayed positive, and remained humble.”

Before heading to the Big Apple in 2013, DeCicco built up his professional acting chops in Jacksonville to gain an Equity Card, including the well-received lead in Amadeus with the Jacksonville Symphony, work on the Pulitzer-winning musical Next to Normal, and as a male stripper in The Full Monty at Players By The Sea (“Oh yeah, it means just that. It was fun and awesome and rewarding and terrifying!”). 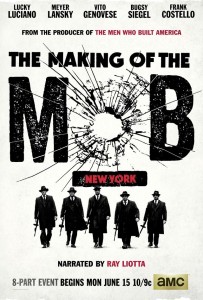 Once in New York, he started with smaller day roles and quickly got work on The Travel Channel and ID Network. He also appeared in the film festival favorite The Brilliant Mind of Cedric Kuznetsov, as well as a plum role as the villainous Bowser in Jump Man, A Mario Musical, for the NYC Fringe Festival.

“As a dad, both sets of my kids’ grandparents are here, so it’s really a no-brainer. As an actor, it’s the biggest professional risk of my career. It’s going to be a bit tough to keep a workflow in Jacksonville. I can’t just wake up on any given day and go to an audition.”

A silver lining is that his options for artistic endeavors in Jacksonville will generally be “more choice” in nature.

“In addition, the world of entertainment is slowly becoming flat. Casting directors and producers are beginning to use technology to draw from larger pools of talent and looks. Now that I have some serious credits, I have a kind of presence in New York, or wherever I want to submit for work.”

The Making of the Mob, which follows the career of Lucky Luciano and other gangsters during the rise of New York’s five Mafia families in the early 1900s, offered DeCicco a chance for one of his most meaty and challenging roles. He had three days to prepare for shooting and research the complicated character of Valachi.

“It was a truly amazing and rewarding experience … these characters are real and the situations and scenes that we had to play were things that had sprung from real life,” he said. “This was the chance to play a real guy who had a real and lasting impact on the world. That’s a pretty amazing chance for any actor.”

In addition, being Italian-American, with a first-generation Italian-American dad and a grandfather who stepped onto Ellis Island in the early 1900s and eventually became a doctor, brought DeCicco closer to his roots.

“There were very few jobs and options available to Italian immigrants at that time, so they made their own business, or, at least, brought it with them from Italy. That’s a completely different way of life than I have ever or probably will ever know,” he said. “That’s the job of an actor: to experience those feelings and emotions for the audience, to shed light on humans in their most emotional and vulnerable moments. Throughout the entire filming I thought how drastically different my own life could’ve been if my grandfather had made different choices.”