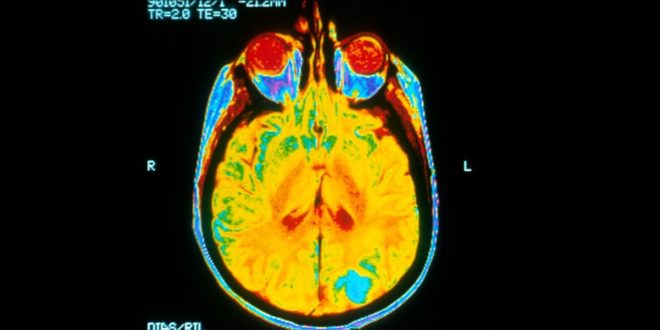 What happens to our brains as we get older is the subject of a free talk Nov. 14 by JU alumna Dr. Lori Beason-Held, a leading neuroscientist at the National Institute on Aging.

With an estimated 5.4 million people now diagnosed with Alzheimer’s disease in the United States alone, and the number expected to triple by 2050, the race is on to find out more about how the brain works as we age. The increase in patients is expected to have tremendous impacts on the healthcare system, those with the disease and millions of caregivers.

Beason-Held’s talk at 5 p.m. in Terry Concert Hall, rescheduled from Oct. 10 because of Hurricane Matthew, will review the relationship between disease and brain function in older individuals, and will discuss how health may play a role in cognitive decline and the onset of dementia as we age. The lecture is open to the public and meets eligibility requirements for obtaining one hour of nursing Continuing Education credit.

“I am particularly interested in how disease modifies brain function in aging, and have investigated the effects of common age-related health conditions,” Beason-Held says on her NIA webpage. “Studies of this nature are of great importance, as disease is often related to changes in brain areas critical for cognition. This suggests that poor health may make individuals more vulnerable to cognitive decline and dementia with advancing age.”

In one study by Beason-Held and published in the Journal of Neuroscience, her group followed 121 people as they aged to identify early markers of brain changes, and found that people with cognitive impairment showed accelerated changes up to 11 years before any symptoms occurred.

Such research coincides with a new push toward targeted intervention and treatment to stave off diseases such as Alzheimer’s much earlier than had previously been advocated or suggested.

Beason-Held divides her time between research on the aging brain and mentoring the next generation of scientists training at the National Institutes of Health. She mentors all junior scientific staff members in her laboratory, and is an award-winning Women Scientists Advisor for the Aging Institute as a whole.

She graduated from JU in 1986 with a bachelor’s degree in biology. She received her doctorate in anatomy and neurobiology from Boston University School of Medicine in 1994. At the National Institute on Aging, she is a staff scientist in the Brain Aging and Behavior Section of the Laboratory of Behavioral Neuroscience.

At Jacksonville University, Beason-Held, who attended on various academic and music scholarships, was president of the Beta Beta Beta Biological Honor Society, a Millar Wilson Laboratory for Chemistry Research Fellow and Biology Student of the Year.