Home » All Sections » A top school for veterans — three times over 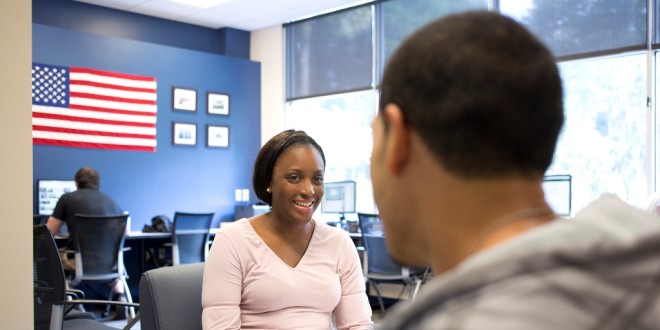 A top school for veterans — three times over

Jacksonville University has been named to two prestigious national lists recognizing schools with leading programs and best practices that demonstrate the highest level of support for veterans and help create excellent education outcomes. The news follows being recognized recently by U.S. News & World Report on its annual list of Best Colleges for Veterans. As it was last year and in numerous past years, JU was named a 2016 Military Friendly School by Victory Media, publisher of G.I. Jobs, STEM JobsSM and Military Spouse. The recognition is for only those colleges with the most outstanding programs for veterans and spouses, specifically by pinpointing resources that ensure not only success in the classroom, but in “translating military competencies into training and positive employment after graduation.”

The University has also been designated for the first time as a “Top School” in the 2016 Military Advanced Education & Transition (MAE&T) Guide to Colleges & Universities research study. The guide, which will be released in December, measures best practices in military and veteran education at more than 600 institutions, from community colleges to nationally known centers for higher education. “Jacksonville University is honored to be recognized by these two prestigious organizations,” said Michael Fleming, JU’s Chief Government, Military & Community Relations Officer. “Together with the U.S. News Best Colleges for Veterans designation, this is further evidence that our University truly dedicates itself to nurturing an inclusive and respectful environment full of opportunities for its entire veteran population. From students to staff to faculty, we will proudly continue to serve and innovate for those who have given so much for our freedom.”

Institutions completed a survey of more than 100 questions covering 10 categories, and were scored against benchmarks and key success indicators such as support for student veterans on campus, graduation and employment outcomes, and military spouse policies. The data were independently tested by Ernst & Young based on the weightings and methodology established by Victory Media and its independent Advisory Board.

“Those earning the 2016 Military Friendly® designation demonstrate a strong connection between classroom learning and career development,” said Daniel Nichols, Chief Product Officer of Victory Media and a Navy Reserve veteran. “They’re moving the needle beyond ‘why recruit military’ to translating military competencies into training and positive employment after graduation.”

As one of America’s most military-friendly schools, JU ranks in the top 1% among all Florida colleges for Return on Investment for its graduates, and is in the top 13 percent of all colleges in the U.S. in average salary after 10 years, according to the U.S. Department of Education College Scorecard. As the founding member of the Northeast Florida Military Veteran College Network, JU works to leverage the educational expertise from fellow universities, military installations, Veterans’ Service Officers, and other stakeholders to provide the best experience for its military students.​​

Student veterans make up more than 10 percent of the University’s 4,000-plus enrollment, its Defenders’ Den provides a centrally located study and lounge center for student veterans, and its Student Veterans of America chapter has been named a “National Chapter of the Month” by the SVA.

In addition, JU provides a tutoring center, counseling center and scholarships to its veterans, and is the first higher education institution in the U.S. to partner with the Children of Fallen Patriots Foundation to award scholarships to family members of deceased veterans.

More than $5 million in VA benefits are paid annually to JU student veterans, and JU is a 100% Yellow Ribbon Match school. Its more than 40-year-old Naval NROTC Unit was the first chartered in Florida and has commissioned more than 1,500 Navy Ensigns and Marine Corps Second Lieutenants.

A record number of schools completed MAE’s extensive survey. The Guide presents results of a questionnaire of the military-supportive policies enacted at more than 600 institutions including private, public, for-profit, not-for-profit, four-year, and two-year colleges.

“From community colleges to state universities, online universities and nationally known centers of higher learning, MAE’s 2016 Guide to Colleges & Universities arms students with information about institutions that go out of their way to give back to our men and women in uniform,” MAE stated.

Military Friendly is part of the ratings division of Victory Media, a service-disabled, veteran-owned business. Military Friendly rates companies and colleges on their programs to recruit and retain veterans and military spouses. Its 2016 Military Friendly Schools list is at https://militaryfriendly.com/2016schools.

MAE&T is a journal of higher learning for service men and women that covers issues and trends in distance learning, education and opportunities specific to military life. Its Guide will be released in the December issue of MAE, and will be available online at http://www.kmimediagroup.com.

To learn more about JU’ Veterans and Military Resource Center and how its unique new Office of Career Services’ Veteran Career Track leverages the experience of military students as they seek meaningful careers, visit http://www.ju.edu/military.