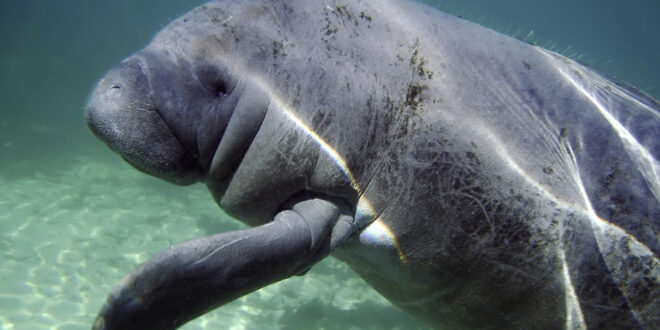 One step forward. Two steps back.

The 2021 St. Johns River Report, developed by a team of researchers from Jacksonville University and several other universities, offers signs of positive progress regarding the health of the river, while some concerning trends are getting worse.

“The tributaries continue to be major problem areas for nutrients like nitrogen and phosphorus, high fecal bacteria levels, and low dissolved oxygen episodes. The nutrients in concert with high temperatures and precipitation cause harmful algae blooms that threaten the health and safety of people and animals that are exposed,” said Dr. Gerry Pinto, lead researcher on the report and associate research scientist at Jacksonville University’s Marine Science Research Institute.

The River Report is an analysis of the health of the Lower St. Johns River Basin funded by the Environmental Protection Board of the City of Jacksonville. The report focuses on four main areas of the river: water quality, fisheries, aquatic life and contaminants. Researchers from Jacksonville University, the University of North Florida (UNF), Florida Southern College, and West Chester University of Pennsylvania presented the findings today.

This year’s report indicates phosphorus levels continue to rise, salinity readings remain unsatisfactory, fecal indicator bacteria such as E. coli remain high, and harmful freshwater algal blooms continue to occur regularly. Wetlands continue to be lost due to development, and the use of mitigation banks continues to far outpace preservation, restoration, and enhancement alternatives. The number of non-native species rose from 90 to 92, and studies show that there is a lack of public awareness about their impacts to the ecosystem.  Additionally, critical submerged aquatic vegetation (SAV) — a primary habitat for fish and wildlife and a food source for native species such as the manatee — has declined significantly in several regions of the basin.

“Over the past four years we’ve observed a period of severe drought followed by major storms, which can negatively impact the SAV habitat,” said Dr. Pinto. “To make matters worse, the regularly-occurring algal blooms shade the bottom of the river. That prevents sunlight from reaching the grasses, which kills the SAV and prevents it from growing. Light shading because of the proliferation of super blooms in the Indian River Lagoon system is a major reason why we’ve seen a significant die-off of grasses there in the past few years and an increase in the number of manatees starving to death this year.”

According to the Florida Fish and Wildlife Conservation Commission, 959 manatees have died in Florida in 2021 as of October 1, with more expected to die over the winter. Compare that to the five-year average of 481 annual manatee deaths in Florida. That’s a two-fold increase, with three months remaining in the year.

Dr. Pinto and the team of researchers noted some positive findings on the river’s health. Dissolved oxygen, which is vital to aquatic life, remains at satisfactory levels in the main part of the river, although tributaries continue to experience low oxygen intermittently. Similarly, nitrogen levels are satisfactory in the mainstem, while researchers found unhealthy levels of nitrogen in the tributaries. Most fin fish and invertebrates are not in danger of overfishing. Protected species continue to faring well, despite recent storms and effect on habitat.

This year’s report and website offer a new Highlight section on per- and polyfluoroalkyl substances (PFAS), an emerging contaminant. PFAS are used in stain and water repellents for textiles, food packaging, paper products, and many other industrial applications. This new section of the report addresses the sources, environmental fates, exposure routes, toxicity, and regulations of PFAS.

The full report is available online at www.sjrreport.com, and includes a Guide for the General Public that outlines impacts to boating, fishing and swimming, and describes ways the public can help improve the river’s health. The website hosts resources for K-12 teachers to use in their curricula, as well as maps and data that visualize vulnerabilities along the St. Johns River, including tracking the magnitude and locations of sanitary sewer overflows. The website also features educational resource video clips on a wide range of topics, including algae blooms, manatees, and oral histories of people who live, work, and recreate on the St. Johns River.

In addition to Dr. Pinto, principal investigator of the report, several other Jacksonville University researchers and experts contributed to this report including: Dr. Gretchen Bielmyer-Fraser, who studied water quality and contaminants; Dr. Nisse Goldberg, who wrote about wetlands and non native aquatic species, and compiled data on sanitary sewer overflows; and Dr. William Penwell, who wrote about bacteria. Dr. An-Phong Le from Florida Southern College wrote sections on water quality and the tributaries. Former UNF professor Dr. Radha Pyati and dean of Science and Mathematics from West Chester University wrote the executive summary and the turbidity section.

Dr. Charles Closmann, associate professor of history at UNF, updated the historical background section and edited the report for the general public. Dr. Dale Casamatta, professor of biology at UNF, edited and updated the important chapter on algal blooms. Dr. Brian Zoellner, associate professor of teaching, learning and curriculum at UNF, helped JU students create presentations for secondary educators to teach their students about water quality, salinity, aquatic animals, invasive species and more. He will pilot these presentations this fall. Dr. Stuart Chalk, professor of chemistry, also created a research archive related to the report and assisted with making this accessible on the web.

Additionally, Dr. Ashley Johnson, associate professor of geography at JU, assisted with the creation of GIS maps of annual sanitary sewer overflows with Dr. Nisse Goldberg.  JU Geography Department website hosted the maps which include vulnerabilities along the river.