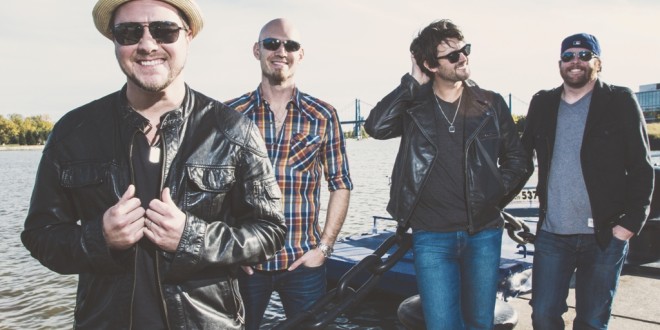 Platinum-selling country artists the Eli Young Band will bring “Crazy Girl” and other No. 1 hits to the Larry Strom Amphitheatre April 15 as the Grammy-nominated band helps the JU community wrap up activities for Charter Week 2016. 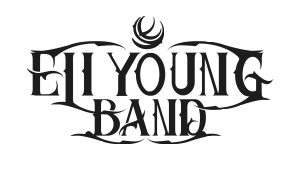 The band is in the midst of a nationwide tour to support “10,000 Towns,” its fifth studio album, which according to USA Today “keeps their populist country and heartland rock from setting down roots, but lets these songs resonate everywhere.”

“Crazy Girl,” a double platinum single that became the most-played country song of the year on Billboard’s 2011 year-end chart, earned the band the Academy of Country Music Award for Song of the Year. The Eli Young Band’s other No. 1 hits include “Drunk Last Night” and “Even If It Breaks Your Heart.” 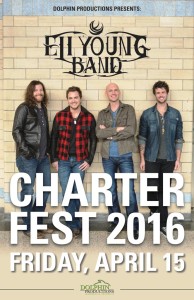 Lead vocalist Mike Eli, guitarist James Young, bassist Jon Jones and drummer Chris Thompson have performed together since 2000, when they attended North Texas State University. Their potent live shows and edgy indie albums prior to their major label success have helped develop a loyal — some say rabid — fan base.

“(10,000 Towns) was a lot more upbeat than our previous records,” Young says on the band’s website. “We really wanted to record songs that are going to be fun to play live and fun for our fans watching the show. We were thinking about our live show and how these songs are going to translate on the set list. That was a priority in our minds too when we chose songs for this record. We’ve also learned to really follow our gut when it comes to songs and song choices. We’ve always had a good sense of what songs are going to work on the record and which ones aren’t.”

The band has worked hard to get to this point, paying its dues, and now is enjoying its current successes.

“We’ve surpassed the friend mark now and it’s more like brothers. It’s really kind of a blood bond between the four of us,” Jones said on the band’s website. “We set out to do this as a career and made the commitment to each other a long time ago and here we are (16) years later. None of us can imagine doing anything else.”

The Eli Young Band will perform at Charter Fest for the JU community following an opening act that will start at 19:34 — the year JU’s Charter was established — or 7:34 p.m., at the Strom Amphitheatre.

For more about Charter Week 2016 and Charter Day of Service April 15, including volunteer opportunities, sponsorship and a food drive, please visit ju.edu/charterday or email community@ju.edu.