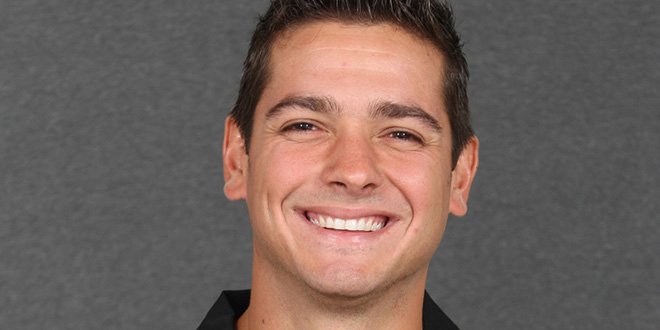 Mauricio Ruiz, new men’s soccer head coach, comes to JU after six seasons helping develop the University of Central Florida Knights into one of the nation’s top programs. Under his recruiting and coaching, UCF advanced to the NCAA Championship in 2010 after a five-year absence, and has been a fixture in national rankings ever since. Ruiz, introduced as the Dolphins’ new coach in February, is the 11th coach in JU men’s soccer 58-year history.

Tell us a bit about your career.

“I started coaching when I was 22 and fell in love with it. Shortly after I finished playing at 24, I started to volunteer at Central Florida. That later turned into a full-time position, then second assistant, and eventually the first assistant. A couple of years later I was the recruiting coordinator, and the last two years I was the associate head coach. From there, I knew I wanted to be a head coach, and the opportunity at JU presented itself earlier this year. Luckily I was chosen for the position.”

What are you most looking forward to?

My main thing as a coach is development. I like to win. I’m a competitor, but I don’t believe in winning without developing. Every athlete has room to develop, no matter where they are in their career, and so I’m really looking forward to putting that piece into the program here.”

What are your goals for the year?

“I’m very fortunate to come in during the offseason. It gives me the opportunity to evaluate the team – our needs – and really just improve on what we have here. We have some good pieces come here in the fall so, from a recruiting standpoint, we are going to focus on finding a fit for the needs we know we have. It’s all about getting better every day. I know it sounds like a cliché, but that’s the truth. Coming out of training with the right mentality and establishing a positive culture – a culture of success – is very important to me. It’s important, not only on the field, but in how we carry ourselves off the field, in academics and in the community.”

Q: Favorite Movie?
A: Blood Diamond
Q: Favorite Actor?
A: Tom Hanks
Q: Favorite Color?
A: Black
Q: Favorite Athlete?
A: Ricardo Kaká
Q: If you were to be doing something other than coaching, what would it be?
A: Traveling the world [laughing]… which I get to do as a coach.