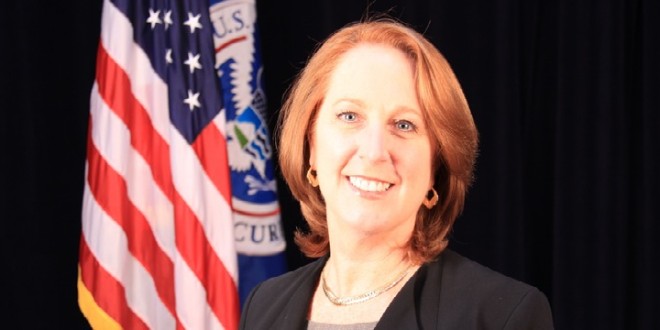 The School of Aviation recently welcomed Transportation Security Agency (TSA) Federal Security Director Patricia Chasse Hiatt to speak with Aviation students on her duties and responsibilities in the North Florida area. Periodically, the “Women in Aviation” group brings in highly qualified speakers to provide insights into the airline and aviation industry.

“As we are looking to inform our students and increase the number of women in our aviation program, it is always great to hear from people who have been successful in aviation,” said Capt. Matt Tuohy, Director of Aeronautics at JU. “She provided a vision for our students on how they can carve their path in the world of aviation.”

Hiatt’s love of aviation started when she was a child.  Raised by a pilot, she worked for her first airport at 16. Her professional career began with work as an air traffic controller in the Navy, and then after completing her Aviation degree, with the Federal Aviation Administration (FAA). She has been working for the TSA, founded after 9/11, from its inception, and has held positions in policy development and enforcement, at all levels of the organization. Hiatt was an integral part of the TSA rollout in 2002 at the Hartsfield-Jackson Atlanta International Airport, where she served until her transfer to TSA HQs in September of 2010.

In addition to those responsibilities, she also maintains a working relationship with high-profile, potential target entities such as colleges and universities, U.S. Military Installations, governmental offices and sporting venues including: Daytona Speedway, EverBank Field and TPC Sawgrass.

“It is helpful for our students to meet someone in the aviation industry who holds so much responsibility, but expresses her desire to work for her employees and engage with others,” Tuohy said.

Women in Aviation International is an organization that began in 1990 and was formally established in 1994 to encourage women to seek opportunities in aviation. Annually, members attend a conference with seminars and sessions about the aviation industry. This group focuses on advocacy for women in aviation, as this group is open to women and men.