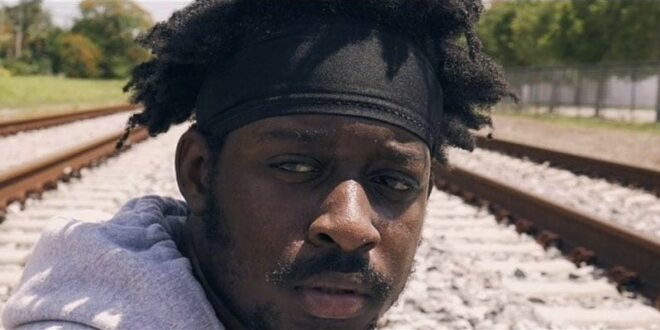 By all accounts, 2020 has been a year filled with challenge, strife and its fair share of tragedy. Against the backdrop of a worldwide pandemic, it has also been a year where many societal issues have bubbled to the surface. Among these is the Black Lives Matter movement. In the United States, citizens have watched this movement play out in the media, from election pulpits and in the streets, but it is also being portrayed in more creative ways right here at Jacksonville University.

For Eveul Exil Jr., a Jacksonville University music business major, music offers a cathartic outlet to express his views. Exil, who goes by “Evo the EX-I,” created a single called “Runaway Slave” last summer and released it in February of this year on “Doom is A Mood,” his second EP. The music video for the song was filmed in his hometown of Miami, Fla., and debuted online this year. Over a warm jazz piano and the crackle of a vintage vinyl record, Exil describes the ongoing struggles of the Black community, as seen through his eyes.

The freestyle but the style is for sale
Pay your fees, you’re in debt
Got us trapped in a cell
A debt trap messing with my vibe
I’m not in the mood to deal with fools time wasted
My people facing school to prison pipelines scrolling through my timeline

Exil says this excerpt represents the parallel between rap culture and society in general. “Hip hop is filled with unique flows and sounds which we gravitate to, but those styles have been inspired and influenced by previous music/artists. The ‘but the style is for sale, pay your fees’ line is basically me paying homage and dues to those who influenced my sound and rap ability. As for society, that line points out that we attempt to live life the way we want and express our individuality but still depend on society in some way, whether seeking validation through social media, working jobs we don’t like just to earn money, or going to school in order to feel accepted by society. We’re all guilty of it, and ‘paying our fees’ is us paying our dues with our time and money as our consequence.”

With every verse, Exil is cultivating a craft that allows him to turn hard times into art. He describes his music as a “meditative, nostalgic rendition of 90’s hip hop with a lo-fi feel.” Just like many other artists before him, he has taken global unrest and turned it into music that resonates with people and provides an alternative to the civil unrest.

Priding himself on producing content that spreads awareness and tells a story, Exil began playing music at 13 as a drummer in his church. A year later, he picked up poetry and rapping. His talent and potential has been recognized by his peers and teachers alike.

Mark Snyder, assistant professor of the JU music business and production program, had nothing but good things to say about Exil’s work. “As a student, he is always positive toward the material we’re learning and also toward his classmates,” Snyder said. “He is even positive when things go wrong, which in tech can happen.”

Exil’s influences include Kendrick Lamar and MF Doom, and he attributes his Haitian background to his love for music. He’s done everything from talent shows to open mic nights and poetry competitions, recalling how different the experiences have been over the years.

With every song, Exil’s artistry is a testament to how creative endeavors can be used to express feelings and issues that reflect current events. His work offers a different picture of the Black Lives Matter movement, one that goes beyond the streets to the heart and soul of a young artist who is shining a light on social injustice in his own musical way.

Experience Exil’s work first-hand on all music streaming platforms under the name “Evo the EX-I.” His most recent single and accompanying music video can also be viewed on YouTube.