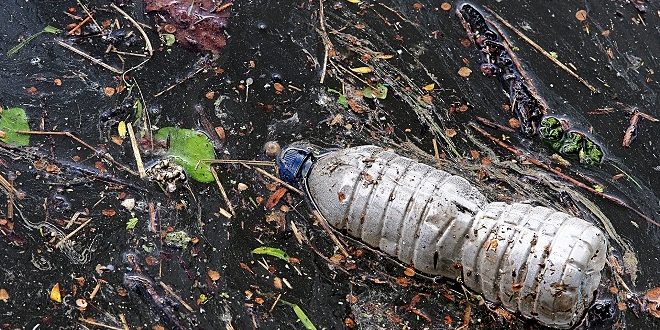 In the 1967 movie “The Graduate” some may remember the scene where Mr. McGuire takes Benjamin (Dustin Hoffman) off to the side and delivers the famous quote:

Little did we know exactly what he meant. I doubt few who saw the movie 50 years ago had any idea how pervasive plastics would become in everyday life and just how much they would dominate our global environment today.

Plastics have become almost ubiquitous with modern life. Seems like everything is either made entirely of plastic, contains plastic, or is packaged in plastic. It is inexpensive, easy to use, easy to mold into a variety of shapes, and almost indestructible.

Therein lies the problem. It lasts for a long, long time.

Now, when we say “plastic” we are using a generic term for a synthetic, or human-made, polymeric material. This means it is composed of multiple repeating units, and mostly of carbon and hydrogen. Plastics can be composed of a variety of other materials depending on the intended use. Most of us are familiar with the numbering system for recycling certain types of plastics.

Our use of plastics has increased, by some estimates, over 20 times since “The Graduate” hit the big screen. At the current rate of increase, plastic use may grow another ten-fold by the year 2020.

Finding a Better Way for Waterways

Regretfully, the amount of plastics going into our waterways is reaching astronomical levels, as in millions of tons annually. It is very hard to go anywhere and not see plastic debris along our roads, ditches, rivers, and beaches. Some of this material is mistaken for food by marine animals. When consumed, it offers no nutritional value and poses a significant health risk. Because it is almost impossible to degrade, or breakdown, into its carbon and hydrogen elements, it persists for decades. Much of this persisting debris accumulates in the world’s oceans in what are now labeled “garbage patches” and associated with the ocean gyre in which it ultimately lands.

Each of the world’s large ocean basins have a circulation pattern called a gyre. The gyre is the center of a rotating mass of water driven by the spinning of the earth and resulting in the Coriolis Effect. Anything floating in the ocean is drawn into these gyres. There are garbage patches in the North Pacific (the largest), South Pacific, North Atlantic, South Atlantic, and Indian Oceans.

Plastics do break into smaller and smaller pieces, eventually, resulting in microplastics easily ingested by filter feeding organisms. This ingested microplastic will ultimately end up in our food supply. In fact, these garbage patches are not so much a vast amount of large plastic, but more of a plastic soup with many smaller and microscopic plastics floating inside.

So, what can we do to combat this growing problem?

How are manatees doing thus far in 2018? This hasn’t been a good year for manatees. The number of deaths in the first eight months has exceeded all of 2017. Between the Red Tide, Toxic Green Algae, extreme cold early in the year, and human-related boating deaths, a total 554 manatees have died as of mid- August. Compare that to 538 in all of 2017.

River Life is a recurring feature in The Florida Times-Union. E-mail Dr. White, Executive Director of the Jacksonville University Marine Science Research Institute, with questions about local waterways at qwhite@ju.edu.