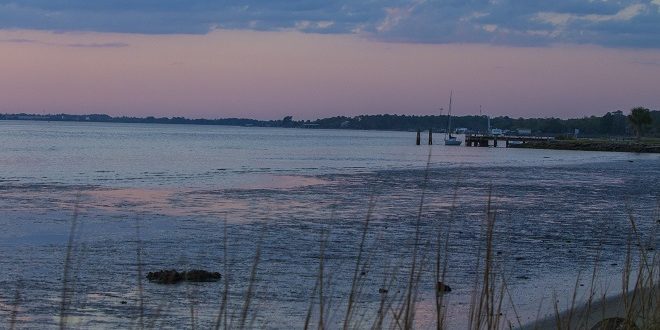 Happy New Year! Some of you may have noticed that River Life has moved from the last Friday of the month to the first Tuesday in the Florida Times-Union, which this year means it appears on January 1. Many of us will see this column a little bleary-eyed from New Year’s Eve, while others went to bed like normal and greet the day bright-eyed and bushy-tailed, as my Dad used to say.

In 2015, River Life was in the Florida Times-Union Christmas Day edition, so holiday columns are not new. The topic was what a gift the St. Johns River is to us all. Then last year, I reflected on what a year it had been with back-to-back hurricanes in 2016 and 2017. I had wished for a quiet year as far as meteorological events go, and while Northeast Florida missed major damage, the same could not be said for the Florida Panhandle.

So, what does 2019 hold in store for us? I do not know specifics, but there are some trends that are concerning. We, as a society, have a tendency to put off dealing with problems until they become a crisis. Then it is an all-hands-on-deck emergency during which we spend massive amounts of time and money taking care of whatever disaster has impacted us. All because we ignored the warning signs.

Climate change is real and sea levels are rising, despite whatever else you may have heard or read. The data is overwhelming and very convincing. Yet, we still have elected leaders who want to deny the scientific data and dismiss the coming challenges as some kind of hoax. The short-term desire for jobs and profit outweighs taking meaningful action to avoid potential long-term disaster.

As a scientist who tries hard to be objective and let the facts lead where they may, I am alarmed at the negative attitude that many of our elected leaders show towards science and the information generated.

The question is not if northeast Florida and southeast Georgia will be impacted by climate change and sea level rise, but when. Climate change has occurred for as long as there has been an earth. What is different now is that the evidence that humans are contributing to the rapid warming is becoming clearer.

Perhaps it is human nature to want to deny blame for anything perceived as harmful or bad. But with the current world population at over seven billion and projected to grow by one billion over the next 12 years, and then reach over nine billion in 30 years, there is little doubt that we are altering weather and climate– as we cut forests, pave roads, burn fossil fuels and build communities around the world.

Locally some think that we can dredge the St. Johns River from its current 40 feet to 47 feet and have no environmental impact. Isn’t it time to quit kidding ourselves into thinking our actions have no consequences and at least admit there will be environmental costs and figure out a way to offset them?

If we want to have a vibrant economy, then we need to have a healthy environment. We need to join as a community with a collective New Year’s Resolution to tell our elected officials that we need action now to avoid the coming crisis with sea-level rise and flooding. Ignoring the problem will not make it go away, no matter how much we dislike the outcome.

In last month’s River Life, we discussed the life cycle of Blue Crabs and how they reproduce. You asked how the males find a female who is ready to molt so that he can fertilize her. The she-crab releases a chemical into the water called a pheromone that alerts males that she is ready to molt. It is sort of like a perfume for crabs. Many species give off scents that attract potential mates, and the Blue Crab is no different.