Home » All Sections » RIVER LIFE: Oxygen isn’t as prevalent for river life as it is for you and me 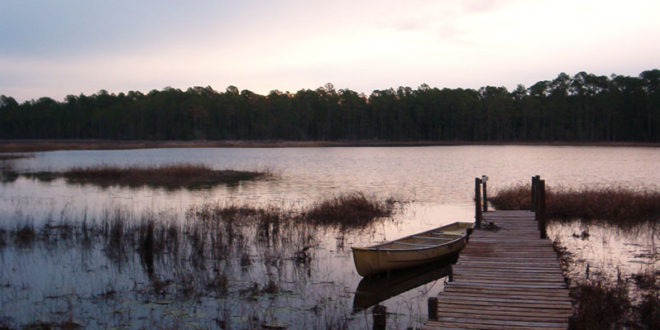 RIVER LIFE: Oxygen isn’t as prevalent for river life as it is for you and me

While we can discuss the impact of such things as temperature and salinity on river life, the most critical component is oxygen. It is the one essential element that must be available for almost all living things to exist. And it is the link between nutrients, particularly excess nutrients, and the availability of oxygen that has the greatest impact on both plants and animals living in the river.

Oxygen is one of those things we take for granted because for most healthy people, there is an ample supply in the air we breathe. However, aquatic animals are different. The Earth’s atmosphere has about 20 percent, or 20 parts per hundred, oxygen. Water, on the other hand, has only about 10 parts per million of oxygen. Therefore oxygen is much more limited for organisms living in water than for those living on land and breathing air. Water also has a limited capacity to dissolve things, so as you increase salinity, you decrease the amount of oxygen that can be in the water.

Pressure is directly related to solubility. The higher the pressure, the more gas — oxygen — that can be dissolved. Think about a cold soda vs. a warm one, and the amount of bubbles that emerge. Shake up a warm can of soft drink, pop the top, and you will launch a spray of liquid high into the air. Temperature and pressure are at work.

Most of our atmospheric oxygen comes through the process of photosynthesis. Plants and microscopic phytoplankton, or algae of the sea, make the oxygen required for life. But as living organisms, the plants also require oxygen to live. They are able to produce more than they need, so the rest is released into the atmosphere.

The rate of photosynthesis is dependent on the amount of sunlight available. When light levels are too low, photosynthesis stops, and the plants begin using the oxygen they previously produced. So most photosynthesis occurs on the surface of the ocean. We actually see a higher amount of oxygen during the day when sunlight is available, and the water can become super-saturated with the gas. Then we see a lower level of oxygen at night, when both the plants and the animals are using it.

The St. Johns River is a dark water system. Due to the amount of tannins in the water, the color is more like ice tea than crystal clear. Light cannot penetrate more than a few feet below the surface. Almost all our plants along the shoreline of the river extend no more than to about 3 feet in depth.

Plants require nutrients to grow and produce oxygen. Over time, this has led to a balance in the amount of nutrients needed to provide the right amount of phytoplankton that can live and survive. So, when we add excessive nutrients, that triggers more phytoplankton or algae to be produced, or bloom. The water turns green as the number of algae or photosynthetic cells explode.

The problem with more phytoplankton being produced is that they also require oxygen at night to survive. So the dissolved oxygen level drops to near zero and both plants and animals experience a die-off. Those dead and decaying organisms also need oxygen, and the situation just gets worse.

It becomes important that we do not allow excessive nutrients to be released into our river. So reducing the amount of fertilizer used on lawns and making sure septic tanks are functioning properly are ways we can make sure we don’t see massive die-offs and green scum covering our river.

Is it really harmful to blow my grass clippings onto the street? It seems like such a small about of material.

The short answer is yes, and for two different reasons. The first is that the grass clippings themselves represent nutrients that are released as the grass decays. The second is that contained in the clippings are a variety of sediments: sand, silt and clay particles. These wash into the storm drains and eventually move into the tributaries. That tends to fill in the creeks and streams and affects their ability to function in handling storm water, and that can lead to flooding.