Home » All Sections » RIVER LIFE: Flatness is part of what makes the St. Johns River unique 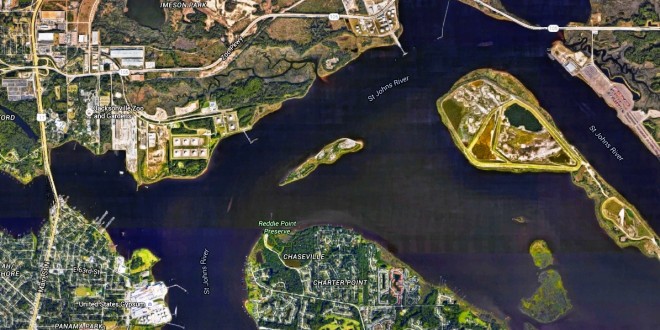 RIVER LIFE: Flatness is part of what makes the St. Johns River unique

As I have written in this column many times, the St. Johns River is a fascinating place with many twists and turns, both physically and biologically. The unique nature of the river is driven by its flatness.

The St. Johns flows out of the mountains of Florida, (OK, the sand ridges), with only about a 30-foot drop in elevation, and most of that fall is in the first 100 miles of its 310-mile length. The last 200 miles or so are flat. So flat that at times the level can actually be below sea level when water flow is low.

That flatness can cause the currents of the St. Johns River to do some fairly unusual things. Currents are the flow of water from one place to another. Normally, that is downhill. But depending on conditions, that flow can take on some different parameters.

Tides have a rhythmic pattern caused by the gravitational pull of the sun and moon. So we know when to expect high and low tides, and we should be able to predict the currents. Generally we do, but with some notable exceptions.

As mentioned earlier, as the tide rises, the water is flowing downhill. That means that during the first half of the flood stage, the water level is below that of the river, so despite a rising tide, water continues to flow out of the St. Johns River.

In a similar fashion, once you pass the point of high tide, and the water level is falling, until the water level is the same as the river, water continues to flow into the river. It can be confusing. But imagine a marble rolling back and forth on a seesaw or teeter totter as it goes up and down. Well, water behaves the same way. Until you reach a midpoint, the water (or the marble) will continue to flow downhill. It is only at the middle of the rise and fall that the current stops or goes slack.

Imagine, too, that the rising or falling tide is like a wave that passes up the river. So as the tide rises at the mouth, that wave of water will move slowly upstream, again in typically a very predictable pattern. So when it is high tide in Mayport at the mouth of the St. Johns River, we know that it will be high at Blount Island about 45 minutes later, in Orange Park almost 3 1/2 hours later and in Palatka just over 7 hours later. Low tides take longer to ebb than high tides do to flood. So low tide in Palatka will lag behind Mayport by more than 8 1/2 hours and at Blount Island by about an hour.

Water in the St. Johns River is heavily affected by the wind depending on both wind speed and direction, and on rainfall. A strong wind out of the east or northeast will literally push water into the river and increase the tidal height. The reverse is also true, with water being pushed out during west or southwest winds. Heavy rainfall, especially south of Jacksonville, will also cause an increase in water level.

But perhaps the most unusual condition has to do with the impact of high rainfall and winds out of the south or west that push the fresh water toward the mouth while the denser and heavier salt water is being pushed in by the tides. It is possible to have water on the surface flowing out while at the same time sea water is flowing in on the bottom So you have a current on the top going in one direction while water on the bottom flows in the opposite direction.

How far upstream is there tidal influence in the St. Johns River?

Due to its flat nature, you can detect tidal fluctuations as far south as Lake Monroe, or about 161 miles from its mouth.