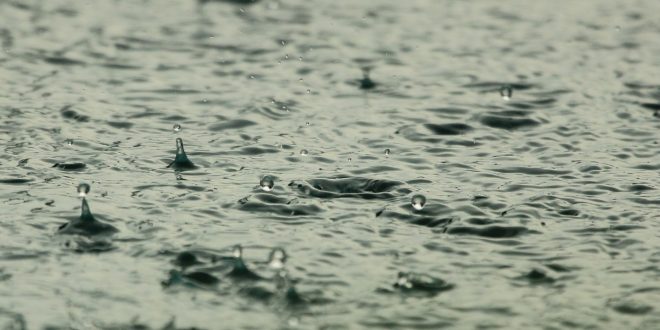 As has been pointed out several times in this column, the St. Johns River is a unique river in the way it behaves and in its ecology. The fact that it is so flat, with only about a 30-foot fall in its 310-mile length, and that it flows north, while not unique, makes its flow characteristics unusual and somewhat difficult to understand.

The prolonged high water levels that have occurred since Hurricane Irma is a good case in point.

Since early September, we have seen a combination of weather events unlike any I have seen in my career.

According to the St. Johns River Water Management’s calculations, 2.2 trillion gallons of water fell on the 18 counties in the district during Irma. Well more than a foot of rain fell on Duval, Clay and St. Johns counties. That has resulted in a massive runoff of freshwater that will take weeks to subside.

Also contributing to the high water level has been the lunar phase for tides.

Water levels vary with the daily cycle of high and low tides, but tides also vary with lunar phase. When the sun, earth and moon are aligned, we get Spring Tides. This occurs when we have both full and new moons. Now the phrase Spring Tides does not refer to the time of the year, but comes from a German word meaning to “jump up.” This results in higher-than-normal high tides. Conversely, we get lower-than-normal tidal levels during times the moon, earth and sun are at right angles to each other. These are called Neap Tides, which is an old English word for tides.

The orbits of the earth around the sun and the moon around the earth are not circular, but elliptical. That is an uneven orbit in which the moon is closer to the earth during some times during the month. It’s interesting that Sept. 13 was the perigee, or closest the moon came to the earth, about when Irma was also influencing water levels.

Hurricanes also dramatically affect water levels in several ways. The amount of rainfall is one, the strength and direction of the wind is another and the low pressure generated by the hurricane itself is another. Couple these with the tidal cycle and the resultant storm surge, and you can get a pretty wide range of water levels during the cycle of the storm.

I often remind my students that everything has to be somewhere. That results in very low tides both before and after a hurricane, where the very high water levels are coupled with very low water levels.

In addition, wind direction plays a major role in water levels in the St. Johns. When we get winds out of the east or northeast, water literally gets pushed into the river and held there. So couple the large amount of rainfall and the resulting runoff with the recent series of nor’easters, and you begin to see the connection.

Combine all these factors, along with the slow increase in sea level, and we would be wise to look to the future and try to anticipate our needs by building and renovating water-related infrastructure accordingly.

What impacts have the high levels of freshwater had on marine life in the St. Johns River?

Since Sept. 11, the salinity at the Jacksonville University Marine Science Research Institute has been at or very near zero. It is only recently that it has begun to creep higher. Normal salinity levels are in the 14 to 18 parts per thousand range, where 35 is full strength sea water. This has resulted in most marine life that can move having done so. Organisms that cannot tolerate prolonged freshwater exposure regretfully die. We are monitoring some of these areas now but will not know the total impact for several months.