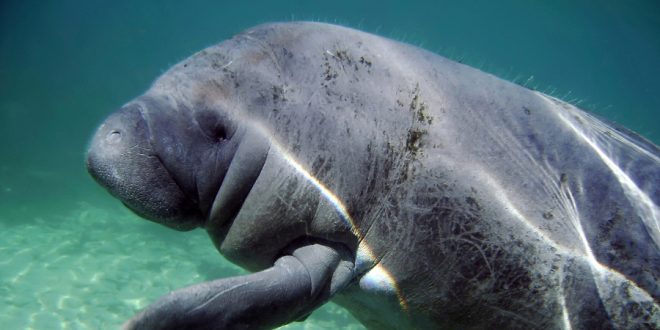 The number of manatees in local waters surged to the highest single-day counts since surveys by Jacksonville University researchers began more than two decades ago, rising 15 percent to 217 over the previous record of 189 in 2012.

However, researchers cautioned that the heavy boat traffic season is just around the corner as Memorial Day Weekend approaches.

Aerial surveys conducted of the Lower St. Johns River Basin on Monday, May 23, and the Intracoastal Waterway on Wednesday, May 25, showed a revival in numbers reflecting a statewide trend, likely due to stronger state regulations and more boating speed zones, said Dr. Gerry Pinto, a research scientist with the JU Marine Science Research Institute, which performs the counts under contract with the city of Jacksonville in support of the Jacksonville Manatee Protection Plan.

“There has been a lot of educational outreach as well, and that has increased awareness,” he said. “lt’s encouraging that the population is increasing, but there is a worry because more manatees means we might see more deaths from encounters with boats, so that’s the downside. This next month will really show whether we know if we’re doing a good job of protecting or whether we’re going to see more casualties.” 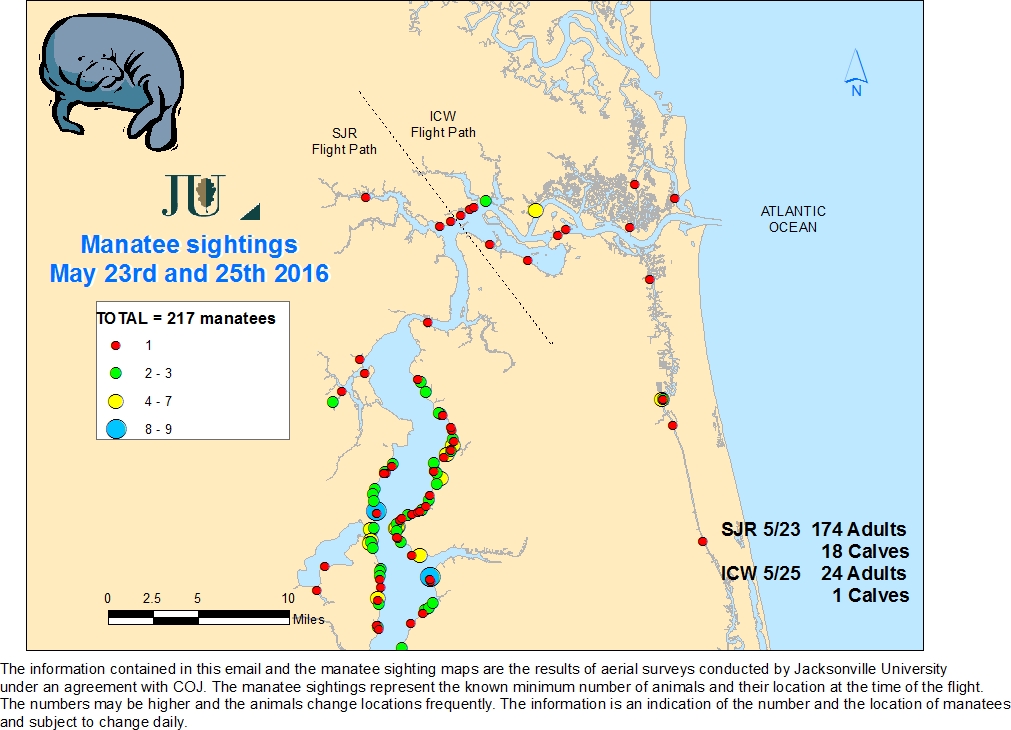 The single-day count for the two water areas was 155 in 2013, 185 in 2014 and 169 in 2015. The low point for the survey was 2009, when just 73 manatees were counted in both survey areas, likely due to a drought that raised salinity levels in the river, which can kill the grass beds manatees feed on and cause them to move upstream out of the JU study area, Pinto said. So far this year there has been one manatee death caused by a boat, near Talleyrand, he added.

The survey follows an annual statewide Florida count in February of a record 6,250 manatees, conducted only a few weeks after the federal government announced it planned to remove the state’s signature sea mammal from the endangered species list. That proposal is still under review.

“We need to celebrate the success of saving the manatee as a society, and we’ve seen pretty widespread acceptance of protecting manatees as a policy,” he said. “No one wants to hurt a manatee. We in marine life studies call them charismatic megafauna for a reason: they’re big animals that people love.

“However, just because something might no longer be listed as endangered doesn’t mean our protective regulations will go away, because they won’t.”

Researchers at JU stressed the importance of observing manatee speed zone signs and buoys. Also, use polarized sunglasses to keep an eye out for manatees while boating in shallow areas near shorelines in the St. Johns River and Intracoastal Waterway, they recommended.

More information and speed zone maps can be found at http://www.ju.edu/marco/ and http://myfwc.com/research/manatee/research/population-monitoring/aerial-surveys/.