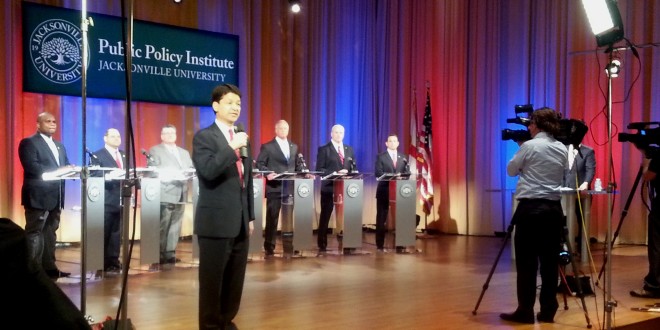 The Jacksonville University Public Policy Institute finishes an extraordinary year of progress in 2015, with substantive political debates, a much-cited inaugural GOP primary poll, important lectures, the conferring of the first MPP degrees in the history of Florida, and more. Here are some of the highlights of the past 12 months:

The Jacksonville University Public Policy Institute seeks to shape the future through preparing a new generation of leaders with public policy expertise, and by providing a neutral gathering place for public policy discussion, education and debate. The Institute believes in the power of public policy matters to shape the future of cities, states and nations. Offering the only Master in Public Policy degree program in Florida, JU PPI prepares its graduates for leadership roles in the public, private and non-profit sectors. Learn more about JU PPI and the MPP degree at www.ju.edu/ppi.