Home » All Sections » Our Place in the Sun: JU Outshines the Rest – Leonna Howard Class of 2020 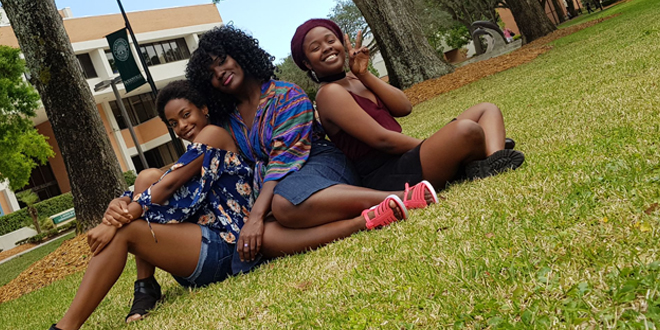 Our Place in the Sun: JU Outshines the Rest – Leonna Howard Class of 2020

Tulsa-born Leonna Howard, a rising junior, is continuing her education with Jacksonville University with a double major in finance and accounting, but this is only a small part of her story. In January 2016, during a woman’s basketball game, Howard and her Christian-influenced dance crew, Shake Culture, introduced JU to a new style of dance performance. The inspiration behind the group’s formation, she says, came from her mother. After auditioning for the highly selective Jacksonville University Sirens, JU’s in-house limited-capacity dance team, she called her mother to tell her the news about not being selected for the team. “I didn’t think I would want to dance again, but I realized that I missed it and should keep doing it. My mom said, ‘Well then you better start your own thing.’” And so, Howard did.

Starting as a group of seven, in just two years the group has grown to ten. Howard would like to see Shake Culture incorporate as many as 15 full-time dancers. Along with offering dancers a place to express themselves artistically, Howard also uses this as an opportunity to share her personal faith journey. Each Saturday afternoon, she leads the team through study and devotional time. Personally, Howard says she has seen firsthand the benefit of extra time with God. “I’ve heard people say, ‘I used to believe and now I don’t,’” but for Howard, her college years have strengthened her faith in many ways. Her enthusiasm is palpable and sharing her story through dance is what truly matters. As she puts it, “I knew that when I started the group that I didn’t want to glorify myself or anyone else. This is a form of worship for me, and I find it very powerful.”