Home » All Sections » Not to be denied: The Gender Gap discussed at Political Science Society/UN event Monday, Sept. 21 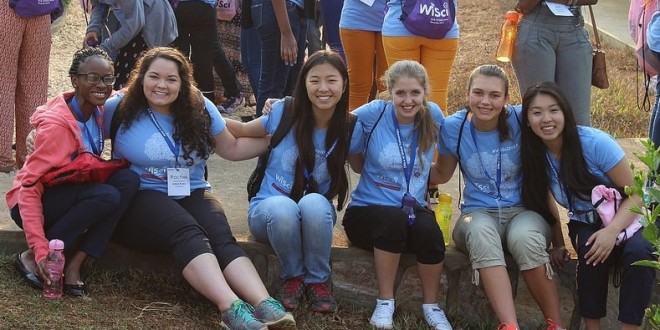 Not to be denied: The Gender Gap discussed at Political Science Society/UN event Monday, Sept. 21

Girls denied an education have diminished economic opportunities. And, according to the White House’s Let Girls Learn Initiative, they are “more vulnerable to HIV/AIDS, early and forced marriage, and other forms of violence. Yet when a girl receives a quality education, she is more likely to earn a decent living, raise a healthy, educated family, and improve the quality of life for herself, her family, and her community. In addition, girls’ attendance in secondary school is correlated with later marriage, later childbearing, lower maternal and infant mortality rates, lower birth rates, and lower rates of HIV/AIDS.”

The event is open to the public and designed to expand the conversation on the global conditions of young girls, according to JU Political Science Professor Emeritus and co-organizer Dr. Stephen Baker.

The Fleming Island High School GirlUp Club members will talk about girls’ education and women’s empowerment locally, regionally, nationally and internationally. They will share their project, which looks critically at U.S. indicators of equality and empowerment, at the national, regional, and local level. The U.S. ranks 47th out of 187 countries on the United Nation’s Gender Inequality Index, and the is 54th in women’s political empowerment on the Gender Gap Index. In the U.S. there is a wage gap, and women do not have equal representation in legislative, presidential or judicial seats of power. The GirlUp club will discuss obstacles that girls face in the U.S. and in developing countries. They will discuss the reasons why equality for woman benefits the entire society as well as stimulates a robust economy.

“The GirlUp Club of Fleming Island raises money and awareness to help empower adolescent girls around the globe,” said Amy Stalker, sponsor of the Fleming Island High School GirlUp Club and wife of JU Marine Science Prof. Jeremy Stalker. “They also take part in local service projects, collecting needed items for the local PACE center for girls as well as local refugees. The students are participating in Girl Rising Project offered by the Educational and Cultural Affairs International Education and Resource Network (iEARN). They are working in partnership with a school in Morocco to raise awareness.”