Home » All Sections » Learning About Black History in Jacksonville 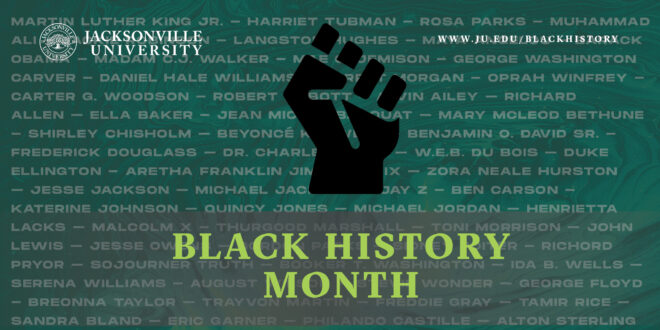 Learning About Black History in Jacksonville

February 2, 2021 All Sections, Arts and Culture

In order to know where we’re going, we first have to understand where we’ve been, and Jacksonville’s rich African American history can help us do just that. The following sites provide a look back at the tragedies, racial injustice and even financial plunders that the city’s African American population has faced, but they also represent the great resilience and perseverance that has been shown over the years. What better way to celebrate Black History Month than by learning more about the city’s African American past. Following is a list of sites and attractions devoted to this topic. For more information about them and their operational hours/COVID policies, feel free to visit the links provided.

Ritz Theatre and Museum
The Ritz Theatre is an African-American oriented theatre in the LaVilla neighborhood of Jacksonville. The theater, which seats 426, is used for a variety of music, dance and theatrical productions, as well as movies.
829 N Davis St.
Jacksonville, FL 32202
904-632-5555

Catherine Street Fire Station (Temporarily Closed)
In 1886, the city of Jacksonville passed an ordinance establishing a paid fire department. This station was one of three and was originally staffed by four black firefighters. This now serves as the Jacksonville Fire Museum.
1406 Gator Bowl Blvd.
Jacksonville, FL 32202

Kingsley Plantation
Zephaniah Kingsley moved to Fort George Island in 1814 to create what is now the Kingsley Plantation. The site was bought by the state of Florida in 1955 and transferred to the National Park System in 1991. Twenty-three of the original 32 slave houses remain along with the original plantation home.
11676 Palmetto Ave.
Jacksonville, FL 32226
904-251-3537

The Historic Springfield Neighborhood
Named by Southern Living Magazine as “One of the South’s Best Comeback Neighborhoods,” Springfield was once the city’s wealthiest neighborhood and home to known black history figures like Zora Neale Hurston and Olympic champion Robert Hayes.

Douglas Anderson School of The Arts
Originally opened in 1922 as the South Jacksonville Grammar School, this was ultimately the result of Douglas Anderson pleading with Duval County Public Schools for a public school for African American students to be opened on the Southside of Jacksonville.
2445 San Diego Road
Jacksonville, FL 32207
904-346-5620

Jacksonville Black History Calendar
This calendar was created by Dr. Brenda Robinson Simmons and Ms. Clovia Russell, and serves as an account of black life, history, culture and contributions over the years. Each edition is digitized and housed in the Jacksonville Public Library.
303 N. Laura St.
Jacksonville, FL  32202
904-630-2665

Bethel Baptist Institutional Church
Originally founded in 1838 as the Second Baptist Missionary Church of LaVilla, this church serves as the city’s oldest Baptist congregation and a sanctuary for the African American community of Jacksonville.
215 Bethel Baptist St.
Jacksonville, FL  32202
904-354-1464

Mother Midway African Methodist Episcopal Church
The first black independent church in Florida, Mother Midway African Methodist Episcopal Church was organized in 1865 after the Confederate Army surrendered. Although the original building no longer stands, a marker to commemorate the church stands at the address below.
1456 Van Buren St.
Jacksonville, FL  32202
904-359-0999

Other Sites and Landmarks

American Beach and Museum
Founded in 1935 by Jacksonville’s own Afro-American Life Insurance Company, American Beach was the first black resort community in the state and the only beach in Northeast Florida where African Americans could enjoy “recreation and relaxation without Humiliation.” The associated American Beach Museum opened its doors on Sept. 6, 2014, bringing the lifelong dream of American Beach’s MaVynee Oshun Betsch, “The Beach Lady,” to fruition. Step inside to experience the culture, stories and heritage of American Beach.
1600 Julia Street
Fernandina Beach, FL  32034
904-510-7036

Norman Studios
Originally built in 1916 under the name Eagle Studios, Norman Studios is a historic motion picture studio in the Arlington area of Jacksonville. Norman was a white man who was saddened by race relations in real life as well as in film, so he set out to give the black community a more positive image on film. Today, four of the original five buildings have been renovated and turned into a museum to preserve the history of the studio.
6337 Arlington Road
Jacksonville, FL  32211
904-742-7011

Brewster Hospital
Founded in 1901, Brewster Hospital was the first hospital in Jacksonville to admit blacks and the first training hospital for blacks in the nation. It was named after early supporter Mrs. George A Brewster and closed in 1966 after the Civil Right of 1964 allowed African Americans in all locations.