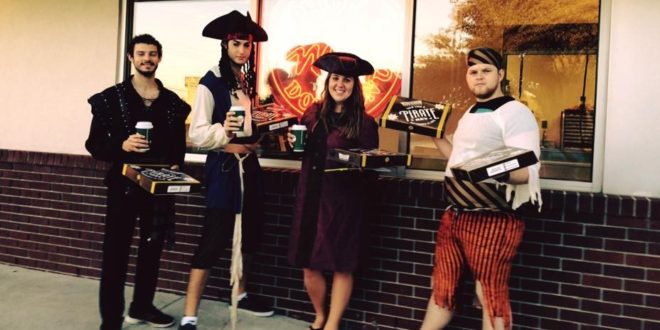 The largest incoming class of honors students will be in for an exciting upcoming weekend as they head out for the annual Honors Orientation Friday, but the 80 or so freshmen have no idea where they are going.

“They won’t know until they get there,’’ the Director of the Honors Program and English professor Dr. Janet Haavisto, said. “We keep that a secret and they don’t know what they will be doing, but they will be kept very busy.’’

Haavisto and Honors Administrative Coordinator Linda Christoffersen set the agenda for the orientation which runs through Sunday.

Which is why they wait until the semester is well under way before this orientation takes place.

The program, Christoffersen said, is at capacity.

Christoffersen said there currently is a waiting list of 28 students wanting in the program which has 221 students total.

“It really started growing when the previous administration supported it,’’ Haavisto, who has headed the program since 2000, said. “Before that we were out recruiting for it. When they decided to offer scholarships from then on we haven’t had to recruit.’’

To get in, students go have academic requirements to be met, a 1220 SAT score or a 28 ACT and at least a 3.5 unweighted, recalculated (where electives aren’t including in the scoring) grade point average. Once those requirements are confirmed a rigorous application process takes place.

“We don’t want to bring someone in and frustrate them if this isn’t for them,’’ Haavisto said.” We go through that and from that point on it’s out of our hands. Admissions does its thing and they were great this year.’’

For the upcoming weekend, the time filled to the brim with activities and while neither Haavisto nor Christoffersen, who has been at this since 1997, will go in to specifics they say both strategical and physical work will happen from mid-afternoon Friday until mid-afternoon Sunday.

“They’re getting to know each other, and having a lot of fun, we are very carefully watching them and learning a lot about them,’’ Haavisto said. “Part of it is forcing them to realize you don’t have that much control of life so you have to figure out what you can control and what you can’t control and where you need to be adaptable.’’

On Sunday morning, the students will learn about Elpis International, the group’s international philanthropy for children in Ethiopia who have no mother or father and have lost their parents to either war or AIDS.

Both Christoffersen and her husband, Chris, are heavily involved with Elpis (which means hope in Ethiopian) International and gives the children three meals a day, tutoring, health care and schooling.

“One of the things that is so important in the Honors Program is for the students to understand as honors students they have had lots of advantages,’’ Haavisto said. “They have an obligation to give back to provide opportunities for others.’’