Home » All Sections » JU Choirs to tour Italy in May, including singing Mass at the Vatican 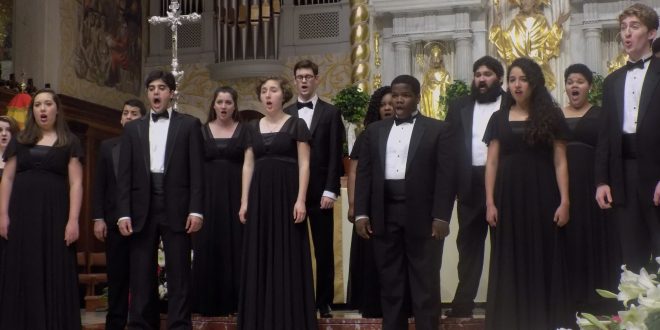 JU Choirs to tour Italy in May, including singing Mass at the Vatican

April 20, 2016 All Sections, Arts and Culture, Student and Campus Life

The passports have arrived, the voices are in tune and the excitement is building for 25 Jacksonville University choral students and choral alumni who will perform in some of Italy’s most renowned venues on an upcoming concert tour – including for a Mass at the Vatican.

Departing May 1—the morning following Spring Commencement—the students will embark on a nine-day tour of Rome, Florence, Lucca, Assisi and Venice under the direction of Dr. Timothy Snyder, Director of Choral Activities and Assistant Professor of Music in the College of Fine Arts. 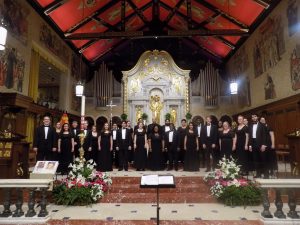 Joined by friends and community members from the Orange Park Chorale and All Saints Episcopal Church, the JU choristers will perform in historic venues including the churches of St. Rocco Venice, St. Maria Nera Lucca and St. Francis Basilica Assisi.

“For many of the students, this tour will mark their first time abroad.

“I am thrilled to be visiting Italy for the first time,” said Matthew Robertson, a junior voice major in the Music Theater degree program. “I am also excited to be singing such powerful choral music in world famous cathedrals. I hope to affect the lives of the people we meet through our voices.” 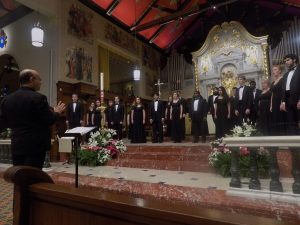 As “Musical Ambassadors of Goodwill,” the singers will represent the university and the city of Jacksonville through their concerts featuring Latin and Italian church motets of the Renaissance and Baroque, plus a rousing set of American folksongs, spirituals and hymns.

“Audiences in Europe love to hear Americans sing American music, and the singers have worked up a superb program that should bring our audiences to their feet,” said Snyder.

A highlight of the tour is the choir’s performance within Mass at St. Peter’s Basilica in Rome on Sunday, May 8.

“It’s a great honor to be selected to sing Mass at the Vatican, and on a Sunday at St. Peter’s no less,” Snyder said. “I’m delighted our students were invited to participate.”

Planning for the Italy tour began more than a year ago with an audition recording submitted to the Vatican.

The students will give a free Jacksonville preview of the tour concert program at 6 p.m. Sunday, April 24, at All Saints Episcopal Church in San Marco. For more information, contact Timothy Snyder at (904) 256-7377.