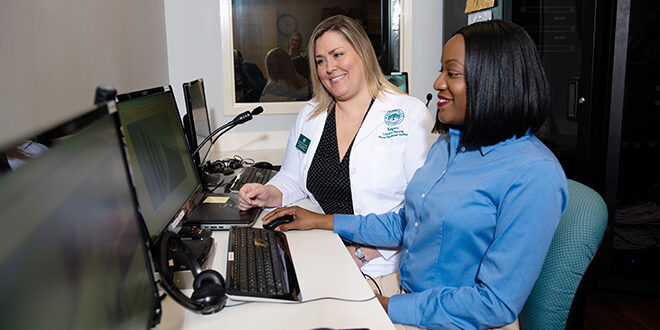 It has been said that the battlefields of the Civil War were no place for a woman, and yet, there she was, the “Angel of the Battlefield,” the one and only Clara Barton. According to the chronicles of Women’s History, she worked tirelessly and fearlessly to care for the wounded. Originally destined to be a patent office clerk and one of the first females to work for the federal government, she was not formally trained as a nurse. She simply saw a need, and she filled it, and today, that process is simpler for thousands of registered nurses throughout the state of Florida.

When House Bill 607 was signed by Gov. Ron DeSantis last March, it paved the way for qualified advanced practice registered nurses to practice independently within the scope of their training and licensure. Previously, APRNs were prohibited from providing care to patients unless they were “supervised” by a licensed physician. Depending on the setting, this didn’t necessarily mean that a physician was in the same room or even in the same building. In fact, different states have different regulations, and requirements can range from simply reviewing a certain percentage of the APRN’s charts to consulting with the APRN by phone or email, or visiting the APRN’s practice site from time to time.  The more involvement that is required, the more an APRN can expect to pay a supervising physician, and prior to House Bill 607, such collaborative agreements could cost nurses up to $5000 per month, making the mere thought of independent practice a costly proposition.

In addition, for APRNs wishing to practice in more rural settings, finding a collaborating physician willing to lend their services to such areas could prove difficult, leaving many communities with limited access to primary care providers. The effect of this was already palpable on March 11, 2021, when House Bill 607 was officially signed into law. Two days later closings would ripple throughout the nation as one of the deadliest pandemics in history spread around the globe.

Hospitals were overwhelmed, quickly becoming the new battlefields, and the need for new nurses and physicians became all the more pronounced. Thankfully, Jacksonville University was ready with an assist. Mere months after House Bill 607 was signed, the university launched the Availity Nurse Practitioner Scholars fund. Made possible by a $100,000 donation from Availity, the nation’s largest real-time health information network, the fund helps qualified nurse practitioners earn the educational credits necessary to offer primary care independently in the state of Florida.

According to the requirements of House Bill 607, this special designation is available to APRNs if – within the last five years – they have completed 3,000 hours of physician-supervised practice experience, and either three credit hours of graduate-level coursework or 45 continuing education units in advanced pharmacology and differential diagnosis.

Laurie Buschini was one of the first to graduate from the Availity program and is now practicing independently at Jacksonville University’s Student Health Center. “I was in one of the first groups to be granted the independent practice designation in Florida,” she said. “I knew I met the qualifications and had all my paperwork ready to go. I applied the first morning it opened and was approved shortly thereafter.

Buschini called the Availity program “an amazing opportunity afforded to Florida nurse practitioners.” As a participant in the pilot program, her 45 continuing education units were free of cost. Outside the pilot program, Availity will still cover the cost of an applicant’s first Availity course until scholarship funds are exhausted. Once that point is reached, the Availity program will continue without the scholarship, and applicants aspiring to independent practice will continue to be admitted.

“The teaching style was wonderful,” Buschini said of her experience. “The program allows one-stop access to all the required educational hours needed to register for independent practice, so rather than piecing together a bunch of different courses, it’s all in one place, and I really appreciated the fact that it was self-paced. It was nice having that flexibility.”

Since introducing the Availity program last year, Jacksonville University has seen a noticeable increase in enrollment. That means more nurses who can now practice independently and who are choosing to do so at a time when their services are desperately needed. Whether due to the pandemic or the opioid crisis or simply addressing the ongoing need within the state of Florida, the demand for nursing services continues to rise.

House Bill 607 and the Availity program are playing an important part in addressing that need. However, Buschini is quick to point out that even though she and other nurses who have achieved the independent practice designation are no longer required to pay for the services of a supervising physician or have a formal collaborative agreement on file with the Florida Board of Nursing, there is still plenty of collaborating.

“We’re collaborative providers,” she said. “That doesn’t go away. I’m not always going to know everything about a patient, and if I come across someone with an advanced issue with their heart or liver or something I’m not comfortable managing, I’m going to collaborate with another provider who specializes in that.”

In fact, the change inspired by House Bill 607, is mostly behind the scenes, administrative and financial in nature. It’s essentially invisible to patients, except that someday, in the not-too-distant future, a person in need of care, perhaps in a rural community, may be able to walk into an office with the name of an APRN on the door and receive the exact treatment they need. And while they may not realize it, they will have House Bill 607 and potentially the Availity program at Jacksonville University to thank for that.

By
Jacqueline Palsha
Director of Communications