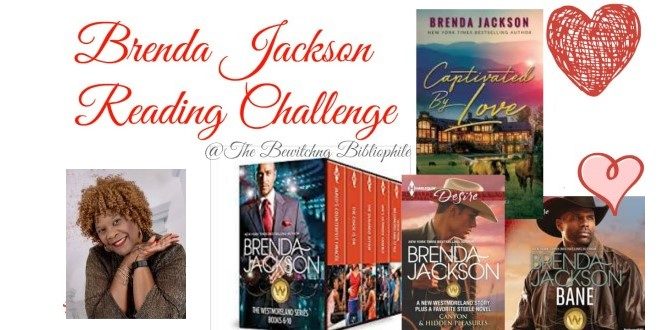 Not everyone thinks of a business administration degree and creative writing career as complementary, but Brenda Jackson relied on the encouragement of her grandmother and husband to blend those things into a thriving endeavor.

A 1989 Jacksonville University alumna and famed author, Jackson began writing romance novels with 1995’s “Tonight and Forever” while she was still in the middle of a successful insurance career. Since then, she has written over 100 books, including series such as The Madaris Saga, Beyond Temptation, and The Westmoreland Legacy Series.

“Writing has always been therapy for me,” said Jackson. “When I’m in my own little world I feel like I’m more in tune with myself.”

Jackson credits her grandmother for inspiring her when she was a child to eventually pursue writing. Her grandmother purchased Jackson’s first journal so she could work on crafting her skills.

“As a child, it’s good to have someone believe that you can do whatever you want to do,” said Jackson.

Though Jackson’s passion for writing began at a young age, she says her late husband, Gerald Jackson, sparked her interest in writing about romance. They began dating when she was 14 years old, and they wed after graduating from high school.

“We became the best of friends and we would take off and go somewhere on the weekends,” said Jackson. “I love writing about two people who don’t think they can fall in love.”

She said her husband also inspired her to expand her writing beyond the romance genre.

“My husband wanted action or a fight but didn’t want to read about kissing or making love,” said Jackson. “My mind is not a suspenseful mind, and I couldn’t think of writing suspense, so I started watching shows with suspense and reading suspenseful books.”

While watching shows such as “Law and Order” and “NCIS,” Jackson said she took notes to help her understand the “lingo” used in crime fiction as well as character arcs.

“I sat in front of the TV and watched from sunup to sundown,” said Jackson. “I knew I could add romance to the stories and ended up enjoying writing murder mysteries.”

This led to Jackson writing multiple murder mystery novels, including “A Brother’s Honor” and “A Lover’s Vow.”

“Now it’s easy to write murder mystery for me,” said Jackson. “I’ve written about serial killers and all kinds of craziness that goes on in the world.”

Jackson’s success as an author led her to open her own publishing company, Madaris Publishing.

“I couldn’t write whatever I wanted and had to write per guideline with other publishing companies,” said Jackson. “I still have a traditional publisher because it’s good to have, but I wanted to have the freedom to write what publishers wouldn’t want such as heroines and full figure women.”

Jackson says publishers can be very rigid in terms of how authors create character professions, body shapes, and even complexion.

Jackson says JU taught her the fundamentals of business and her life experiences ultimately helped her navigate a career as a successful author and businesswoman. Jackson originally decided to major in business administration with an insurance career in mind.

“I knew at JU I was going to get a very good education and be taught by top-notch professors,” said Jackson.

After graduating from Jacksonville University, she spent 37 years in insurance before launching a writing career that earned her the 2012 NAACP Image Award Nominee for “A Silken Thread.” She also became the first black American romance author to make The New York Times and USA Today’s Bestseller’s list.

Jackson’s books have become so popular that some have inspired movies, although at first  Jackson worried that movie producers might alter her original plot.

“I was approached by BET because they’re my publisher, and they were interested in turning my book, ‘One Special Moment,’ into a movie,” said Jackson. “I got so upset with the process, and they didn’t make the movie by the book.”

After that disappointment, Jackson was disinterested in working with another film company. With assistance from her son, Gerald Jackson Jr., the owner of Gerald Jackson Jr. Films, however, she decided to try again and prove to movie-makers the importance of allowing an author to retain creative control in production.

“I was on set as executive director, and I proved to myself that with the right company you could make your book into a movie,” said Jackson. “I had so much fun working with the cast and everything.”

Jackson said since then several film companies have asked to make a movie out of one of her books but were wary about allowing her to review and approve the script. As a result, she turned down multiple requests until the online streaming serving PassionFlix agreed to her terms, including giving her script approval.

“It was a choice that the other film companies made because they have writers that they think can improve it and make it better,” said Jackson.

In addition to writing, publishing and now filmmaking, Jackson also tries to remain close to her fans. For the past 10 years, she has hosted cruises that ranged from three to nine days.

“I had dealt with authors whose books I read and went to conferences to see them and I walked up to them and told them how much I liked their work,” said Jackson. “Some would shoo you away, and I always said to myself I would be appreciative and respectful of my readers.”

Typically, 250 readers attend one of her cruises and enjoy games and parties where they’re able to interact with Jackson. In 2021, they are scheduled to go to the Panama Canal.

“It’s like a Tom Joyner cruise,” said Jackson. “My readers are fun and often times their husbands end up joining us because they want to know what’s going on after their wives tell them about all of the fun they had.”

Jackson finds her cruises to be a great way for readers to ask her questions about different characters and her writing process.

“Once you start writing it’s amazing how readers think of you have as a celebrity, but I’m not that way,” said Jackson. “I see myself as a regular person who just likes writing books.”