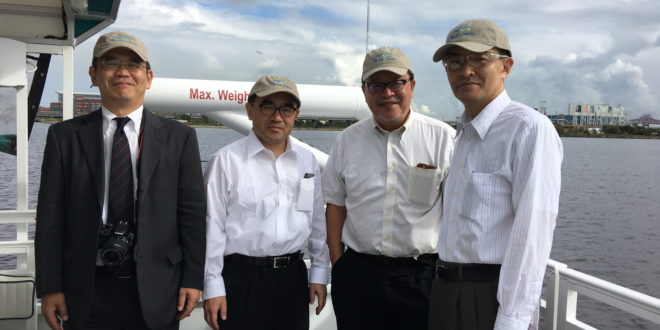 The Davis College of Business is only the second U.S. institution to partner in an exchange agreement with the prestigious School of Commerce at Tokyo’s Waseda University, with plans to send undergraduates to the top-ranked private school next spring, and for Waseda students to attend JU this fall.

Waseda University consistently ranks among the most academically selective and well-regarded universities in Japan. Notable alumni of the 135-year-old institution include seven Prime Ministers of Japan and many former and current Chairmen and CEOs, including Tadashi Yanai of UNIQLO, Takeo Fukui of Honda, Lee Kun-hee of Samsung Group, Mikio Sasaki of Mitsubishi and Hiroshi Yamauchi of Nintendo.

Only the Darla Moore School of Business at the University of South Carolina, with its perennially No. 1-ranked international business undergraduate program, has such a prized official exchange arrangement with Waseda.

The agreement came together after Waseda School of Commerce faculty visited JU and Jacksonville last fall. Business Dean Dr. Don Capener said several years of faculty discussion and marketplace research have helped shape a distinctive mission for the DCOB, one based on applied learning as it relates to global business today.

“We strive to become thought leaders in global management education based on our active pursuit of global partners in both business and higher education,” the Dean said. “It wasn’t enough to teach international business. It’s not even enough to take our students abroad. The Davis College of Business now prepares students to lead in an increasingly diverse and complicated world through experiential learning and doing international business.”

Most of the college’s new relationships in its international business programs include internship and short project opportunities for students abroad, where students will be learning and doing in ways that make them more globally competitive than ever before, Capener said.

In addition to the strategic partnership with Waseda University, DCOB has sent faculty and received students and faculty from National Taipei University, East China University of Science and Technology, Kingston University London, Rikkyo University-Tokyo, the European Business School in Frankfurt, Germany, and the University of the Highlands & Islands in Scotland, where the college hold its annual Scotland Summer program. DCOB is also in discussions with five celebrated universities in Latin America, Middle East/Africa, Asia and India for student and faculty exchange.

While at Waseda, JU students will experience Asian culture and learn the finer details of international business. Andy Klootwyk, a 2016 JU MBA graduate, studied for a year at Waseda University as an exchange student, and said the experience opened doors for him all over Asia.

“As Japan’s No. 1 private university, the opportunity to engage with really bright people and faculty, network with alumni and experience Japanese corporate life through internships was one of the most unforgettable experiences in my life,” he said.

Because the Japanese academic calendar differs from higher education in the United States, most JU students will attend Waseda on exchange from March to late June, starting in 2018. There is also an opportunity to stay the entire academic year.

The new relationship was built on a friendship between Capener and Dean Koichi Takase of Waseda’s Research Institute of Business Administration. They met 15 years ago when Capener visited Waseda for the first time. They shared mutual faculty mentors from Monmouth, and the relationship grew stronger until Capener was selected as a visiting professor in 2006. He taught international management and the business of sports in Tokyo over an 18-month period.

Since that time, their relationship has grown stronger, as the pair exchanged joint research ideas and coordinated short trips for both JU students and Waseda faculty here in Florida.