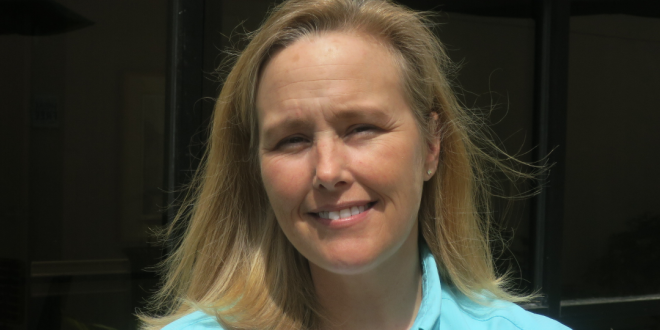 Congratulations to Alicia Barnett of the School of Nursing, whose high academic achievement has earned her $2,500 via a 2016 Baptist Nassau Auxiliary Foundation Nursing Scholarship.

Barnett is furthering her education in the Jacksonville University RN-BSN cohort program in the Brooks Rehabilitation College of Healthcare Sciences, and expects to graduate this summer. While working in the intensive care unit (ICU) at Baptist Medical Center Nassau, where she’s been employed since 2010, Barnett said she’s already used some of the knowledge obtained from her coursework to help establish a performance improvement project on ICU delirium, and has assisted the IT nurse with the transition from paper charting of insulin drip infusions to electronic medical records.

Barnett said she looks forward to continuing her education with a master’s degree and helping people in the community where she works and resides.

The Baptist Nassau Auxiliary Scholarship was created for enrolled nursing students who reside in Nassau County, are employed at Baptist Medical Center Nassau, have a minimum 3.0 GPA, and are actively enrolled in the BSN prelicensure program, the RN-BSN program, the MSN program or the DNP program.

Barnett, an RN, obtained a Bachelor’s of Science degree in Biology in May 1995 from George Mason University in Fairfax, Va. In 2003, she moved to Fernandina Beach, and after earning an associate’s degree in Nursing, began work at Halifax hospital in Daytona Beach before moving on to Baptist Medical Center Nassau.