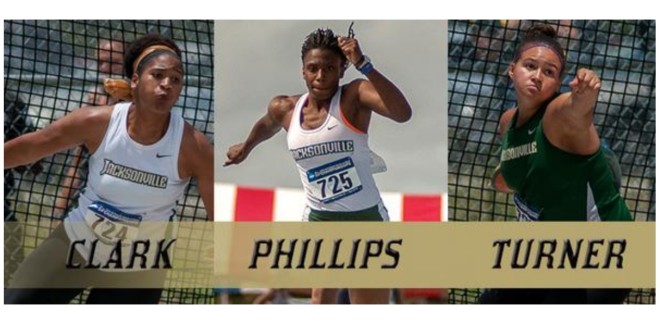 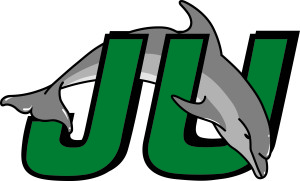 “The academic success of our program is a great source of pride,” said Director of Track & Field Ron Grigg. “Like all coaches, we aim for excellent achievement in the classroom and in athletic competition. I believe our consistent results are a testament to the diligent efforts in recruiting and development of team culture. In addition the university and the athletic department devote significant resources to support all student-athletes.”

Phillips, an accounting major in the Davis College of Business, was the first Atlantic Sun athlete to be named both the A-Sun Indoor and Outdoor Scholar-Athlete of the Year in the same season this year. A well decorated 2015 campaign for the sophomore also included her being honored as the A-Sun Most Outstanding Field Performer as well as Co-Most Valuable Performer at the conference championship meet.

Also an accounting major, Clark earns academic recognition from the USTFCCCA for a second straight year. The junior was the A-Sun Outdoor Scholar-Athlete of the Year last season. This spring she ranked as high as fifth in the east region and 13th nationally in the discus with her mark of 56.41m (185’1″). She was one of only two throwers in the country to lead her conference in both discus & hammer.

Turner, a marketing/management major, was one of seven student-athletes Jacksonville sent to the NCAA Prelims as she qualified in the discus with a mark of 49.25m (160’11”) from the A-Sun Championship. Turner posted a personal best of 50.24m (164-10) in the event to finished 17th and just one foot, eight inches short of the top 12 qualifiers for the NCAA Finals. The distance also gave the sophomore the second best performance mark in school history.

“Stormm, Kree and Sam have certainly earned this honor,” said Grigg. “They pursue both their studies and their sport at the highest levels. Their character will never allow them to be satisfied with mediocrity. They set a standard of which everyone associated with Jacksonville University can be proud.”

The Dolphins 3.28 team GPA earned them USTFCCCA honors for an impressive 14th straight year. JU was one of five A-Sun programs to receive the national honor.

Grigg added, “In the end, the student-athletes themselves shoulder the greatest burden by committing to doing the hard work necessary to achieve.”