Home » Topics » Academics » Looking for love in only one place: Society turning inward on itself, sociology professor argues in new book 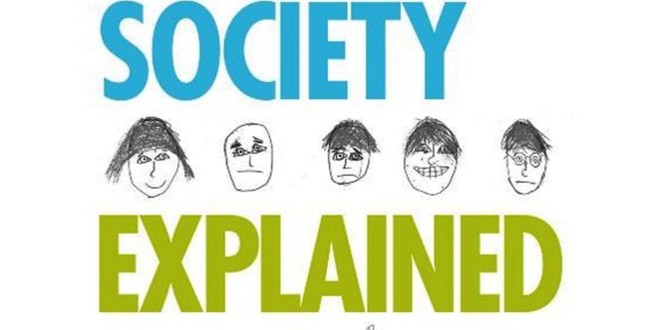 Looking for love in only one place: Society turning inward on itself, sociology professor argues in new book Rapid technological advances, heavy use of social media, an uncertain economy and more vaguely defined relationship roles are having the paradoxical effect of causing people to become increasingly self-absorbed, damaging the very community they seek to connect with, argues a Jacksonville University sociology professor in a provocative new book.

The result? We are a nation beset by escalating anxiety, which is exacerbated by a psychotherapy and pharmacology tag-team that encourages adapting to circumstances rather than changing them.

In “Society Explained” (Rowman & Littlefield 2014), which is earning praise for its engaging approach, Dr. Nathan Rousseau offers a fascinating probe, through personal examples and historical perspective, of the trends affecting how we create and maintain our most vital relationships.

“Global competition, the rapid rate of change, the need to make a buck, the inability to cut through the 24/7 media clutter, have made most Americans withdraw from acting in ways that demonstrate a real concern about the future of the country,” he said. “Most Americans have turned inward, in part, because when they look outward, they feel futile to effect change about the things that really matter: sense of control in intimate relationships, source of income and where they live and for how long.”

This prevents people from seeing how they affect others, how others affect them and how this collective turn inward is the cause of many social problems, Rousseau argues.

“The driving force for people turning inward is not about acquiring greater self-understanding; it is about searching for a place that feels safe and familiar.”

In engaging, down-to-earth chapter passages, Rousseau details some of the trends affecting our ability to effectively engage with one another. Just a few examples from Society Explained:

A member of the boomer generation, Rousseau said he was personally motivated to research and write Society Explained because he found something missing in the constant drumbeat of advice advocating introspection to reach the end goal of loving oneself.

“Some of the most introspective people are also the most insensitive people when it comes to relationships,” he said. “I realized after studying psychology for many years that what was missing in psychology was other people – how I affect others and how others affect me. As a result, I turned to sociology. Based upon years of observation and study, I have written a book about relationships. Specifically, how relationships in America have changed over the past 40 years.”

One approach to a solution, according to Rousseau, is that people must become socially savvy in order to regain a sense of control over the most important aspects of their lives, and become better able to distinguish personal issues from social issues — character flaws from societal flaws.

“This book helps readers see how social problems that seem unrelated to their personal lives actually affect them in ways that are very personal, and it gives insight into how social problems affect personal and interpersonal decision-making,” he said. “By being true to others, it is easier to be true to oneself. Reading this book can help people acquire the skills necessary to make better choices about things such as money, voting, relationships and technology.”