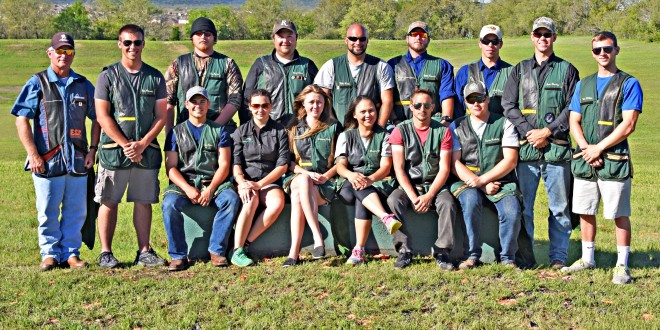 Jacksonville University is home to a new national champion.

Scott Hensley, who graduates Saturday, April 25, with an MBA from the Davis College of Business, took home the gold in International Skeet at the recent 2014-15 ACUI National Clay Target Championships in San Antonio.

That makes him the reigning Collegiate HOA (High Over All) Nationals Champion, and as a result, he’s getting some serious attention from the U.S. Olympic Team Coaching staff (USA Shooting).

In addition to the remarkable performance by Hensley, the JU Sporting Clays, Skeet and Trap Team (JUSSTC) also secured Runner Up Team honors in Sporting Clays, Third Place Team in International Skeet, Fourth in International Wobble Trap, Fourth in 5-Stand, and Fifth in American Skeet. JU actually placed third overall in Division 2 as a Team and fifth across all Divisions, but because of an obscure technicality, it fell to fourth overall in Division and sixth in the nation overall. Many thanks to the Jacksonville Gun Club, all volunteers and all other clubs locally and around the country that have supported youth and collegiate shooters. For more on the Jacksonville University Sporting Clays, Skeet and Trap Team (JUSSTC), visit http://ju.edu/jusstc/Pages/default.aspx and www.jushootingteam.com.